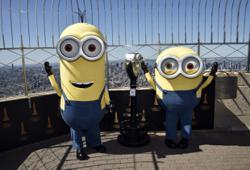 One major theatre chain said the TikTok phenomenon has had a largely positive effect in terms of galvanising an audience that wouldn't typically rally for a kids movie. – Screengrab from TikTok @lyndon.c

Universal Pictures approves of Gen Z dressing up in suits and coming out in droves to see Minions: The Rise of Gru as part of a new TikTok craze. But some movie theatres have found the trend despicable.

According to a report by BBC News, cinemas have been cancelling screenings and banning people in related costumes from seeing the animated film in an attempt to mitigate the rise of #Gentleminions. The social media challenge encourages youngsters to don formal attire and go absolutely bananas in the theatre for the titular yellow sidekicks.

The trend has been credited online for helping Minions: The Rise of Gru break the Fourth of July record during its opening weekend at the domestic box office.

Naturally, the movie studio has been pleased with Gen Z's TikTok-driven enthusiasm for the latest instalment in the Despicable Me franchise, which is primarily targeted toward families with young children.

"to everyone showing up to @Minions in suits: we see you and we love you," Universal Pictures tweeted Friday in all lowercase, the language of the zoomers.

However, some theatres contend that the black-tie trend has gotten out of hand, disturbing parents and children who are just trying to enjoy a family outing at the movies. On TikTok, the #Gentleminions hashtag has amassed more than seven million views, and one of the earliest videos tied to the trend has racked up more than 35 million.

Clips on the app have shown masses of mostly young men descending upon their local cinemas in fancy outfits, chomping on the Minions' favourite food (bananas) and moshing in front of the screen.

Over the weekend, TikTok user @333abdullahh shamed "everyone who came to see minions in suits" for spilling popcorn all over the floor.

"Due to recent disturbances following the #Gentleminions trend, any group of guests in formal attire will be refused entry for showings of Minions: The Rise of Gru," read a sign at Odeon Cinemas that has gone viral on social media.

One major theatre chain said the TikTok phenomenon has had a largely positive effect in terms of galvanising an audience that wouldn't typically rally for a kids movie. But the #Gentleminions' not-so-gentle antics have disrupted screenings and resulted in some minor property damage at its theatres.

A rep for the company who was not authorised to speak publicly told The Times that employees have been alerted to the trend, but no specific rules have been implemented to deter it.

Meanwhile, a spokesperson for the Mallard Cinema in Guernsey, an island in the English Channel, told the BBC the trend "has been absolutely heartbreaking" for the theatre, which has suffered a "massive" financial blow from all the refunds it has had to offer because of spoiled screenings.

"We've had families who won't even go back into the screen when we've tried to sort it out, families leaving before the film has even started, and of course the children have been in tears," Mallard Cinema manager Daniel Phillips-Smith said. – Los Angeles Times/Tribune News Service 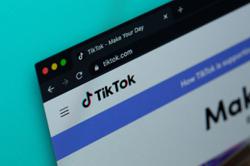