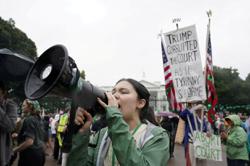 Google, which did not return The Chronicle's requests for comment, said last summer that the number of "geofence" warrants it received had soared to 11,554 in 2020, up from 8,396 the year before and 982 in 2018. It did not say how often it complies with these warrants that ask for information on anyone who was in a specific area at certain times. — Technology phone photo created by jannoon028 - www.freepik.com

A woman looks online for information about abortion pills. Soon, there's a knock on the door. Local authorities had subpoenaed Google for all such searches performed in their jurisdiction.

Another woman visits a friend who is suspected of performing illegal abortions. Police find the woman through a "geofence" warrant that harvests data on smartphone users who were in the friend's vicinity.

In the wake of the Supreme Court overturning Roe v. Wade, pressure is mounting for Silicon Valley companies to change how they collect and store sensitive information, amid fears that people's online activities could leave them vulnerable to prosecution in states where abortion is banned.

"The looming threat of antiabortion surveillance is going to demonstrate to millions of Americans why privacy protections are vital for all of us," Albert Fox Cahn, executive director of the Surveillance Technology Oversight Project, also known as STOP, said in an email. Cahn co-wrote a report called Pregnancy Panopticon, Abortion Surveillance after Roe.

Law enforcement and prosecutors increasingly cast digital dragnets, using "reverse warrants" focused on location data or search histories, even when they don't have specific people in their sights. Moreover, there's a concern that bounty hunters might use digital tools — ranging from social media posts to purchased location data — in pursuit of those involved in abortions, motivated by new monetary rewards in some states.

A big concern, she said, is that a handful of behemoths dominate the digital landscape: Google for search; Amazon for hosting websites; Google and Apple for smartphones; Facebook, Instagram, Twitter and TikTok for social media.

"With there being so few companies that have so much data, it's too easy for government officials to go to one place and get all of this data on not just one person but many people," Trendacosta said.

Google is cited by many as particularly troubling. It tracks where each of its hundreds of millions of smartphone users go, and "routinely shares (that information) with government agencies," according to a letter sent to the company by 42 Democratic members of Congress, led by Sen. Ron Wyden of Oregon and Rep. Anna Eshoo of Palo Alto, written May 24, in anticipation of the expected overturning of Roe v. Wade.

"We are concerned that, in a world in which abortion could be made illegal, Google's current practice of collecting and retaining extensive records of cell phone location data will allow it to become a tool for far-right extremists looking to crack down on people seeking reproductive health care," the lawmakers wrote. They urged Google to "stop unnecessarily collecting and retaining customer location data" from Android phones.

Google, which did not return The Chronicle's requests for comment, said last summer that the number of "geofence" warrants it received had soared to 11,554 in 2020, up from 8,396 the year before and 982 in 2018. It did not say how often it complies with these warrants that ask for information on anyone who was in a specific area at certain times.

Several other major tech companies told The Chronicle in emailed statements that they value customer privacy, although none discussed any specific changes they might make in light of abortion bans.

Meta, which owns Facebook and Instagram, said it scrutinises all government data requests and complies only when it believes it is legally required to do so. Meta said it notifies users about government requests for their data unless prohibited by law or in exceptional circumstances, such as a child at risk of harm.

Twitter said it will "continue to assess legal demands judiciously" and maintain a "transparent approach to what data we collect, how it is used, and when it is shared."

Snap, which owns Snapchat, said: "We don't stockpile private messages and we don't publicly showcase a timeline of everything users have ever posted," noting that its default is to delete Chats and Snaps and to turn off location data.

Amazon, Apple, Uber and Lyft did not reply to requests for comment.

Cahn from STOP has a range of suggestions for ways tech companies can help protect their users. To start with, companies should evaluate the risk that the data they collect, store and share could be used for abortion prosecutions, he said.

A crucial step, he said, would be for companies to stop storing individualised location records. Google, the biggest example, ideally should delete all such data, he said, but at least it should switch to saving non-individualised data.

Advertising companies should disable abortion profiling, he said. For instance, data brokers currently can buy lists of pregnant women to target ads to them.

Then there's the huge question of responding to authorities' legal demands for information.

Cynthia Conti-Cook, a tech fellow at the Ford Foundation who studies the potential use of technology surveillance in abortion-related prosecutions, said she worries about data stored on users' own devices. Authorities can extract that information with digital forensic tools — if they have the phone. She suggests that no one voluntarily hand over their phone "to anyone for anything."

"From online searches to text messages, email receipts to location data, so much of our data can be potentially used to criminalise pregnant people," she said in an email. "In states that criminalise abortion, individuals will experience an escalation of surveillance and a heavier reliance on digital forensic tools by those agencies and prosecutors to unearth evidence of someone's intent when they, for example, appear at a state run hospital reporting a miscarriage."

The examples that opened this story not only are plausible, but they echo some real-life cases in which digital surveillance was used to prosecute women who experienced pregnancy loss.

"Unfortunately, this is not some nightmare scenario we've dreamed up, but something that has already happened even with Roe v. Wade on the books," said Emma Roth, staff attorney at the National Advocates for Pregnant Women.

— Latice Fisher of Mississippi was charged with second-degree murder in 2018 after a stillbirth, based in part on her search history for abortion medication. Charges were eventually dropped.

— Purvi Patel of Indiana was convicted of feticide and felony child neglect in 2015 after visiting an emergency room after a miscarriage. She was sentenced to 20 years in prison based in part on text messages to a friend about having ordered abortion medication. Her conviction was overturned on appeal.

"These examples show that police and prosecutors are already weaponising people's personal data, use of technology, and electronic communications to bring cases against them," Roth said.

She expects "data weaponisation" to become even more common "both because the rate of criminal prosecutions of pregnancy outcomes will rise dramatically and also because of the ever-expanding nature of the surveillance state and the fact that prosecutors now have new tools at their disposal."

She and others suggest that users research ways to shield their identities and activities online, but ultimately she said the tech companies need to step up, even if it means losing some revenue.

"When fundamental human rights are on the line, those are more important than any profits," Roth said. "I would hope companies would be able to recognise that." – San Francisco Chronicle/Tribune News Service 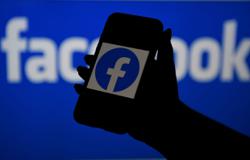