Overstreet, a regional director with the NLRB field office who will oversee the hearing, denied the company’s request. He wrote in a filing that the company hasn’t "put forward any compelling reason” to depart from long-standing policy of holding public hearings. — AP

A US federal labour board has denied Amazon’s request to bar the public from a hearing on the company’s bid to overturn a historic union win at one of its Staten Island, New York, warehouses.

Hearings by the US National Labor Relations Board are typically held in person and open to the public. But the Seattle-based company filed a motion Tuesday arguing the agency should make the hearing on the Staten Island union vote private because it will be held over Zoom.

Amazon argued that a Zoom hearing makes difficult to know if witnesses who aren’t supposed to observe the hearing are listening in, or whether the hearing is being recorded and shared with others, which the labour board prohibits. The hearing, which begins Monday, is expected to last several days.

On Thursday, Cornele Overstreet, a regional director with the NLRB field office who will oversee the hearing, denied the company’s request. He wrote in a filing that the company hasn’t "put forward any compelling reason” to depart from long-standing policy of holding public hearings.

"The Board’s hearings are not secret. Accordingly, preventing the public from viewing its important processes is not an option,” Overstreet wrote.

Amazon has pointed to "unprecedented national media coverage” as one of the reasons access to the hearing should be limited, arguing it makes it difficult to sequester witnesses.

But the fact that the union election "has garnered national and international attention from outside parties only further solidifies the importance of allowing public observation,” Overstreet wrote.

The ecommerce juggernaut has sought to overturn the union victory at one of its New York City warehouses since April, saying organisers with the nascent Amazon Labor Union and the Brooklyn office of the NLRB, which oversaw the election, acted in a way that tainted the results. The company says it wants to redo the election, but pro-union experts and labor organizers argue it’s a method to delay negotiations for a union contract.

Overstreet noted in his order that a hearing officer has issued instructions to not record the hearing.

He said he was satisfied that the hearing officer has implemented safeguards to maintain the integrity of the hearing, adding that "there exists no extraordinary circumstances to deviate from the Board’s longstanding policy of allowing public observation of the Board’s proceedings”. – AP 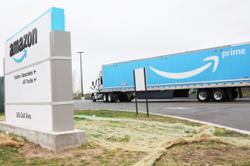