Tesla autopilot critic who took US job out as trial witness 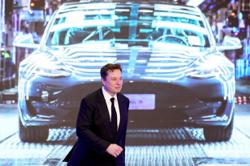 A Tesla critic slated to testify in a suit against the EV company has been replaced in the trial, after being appointed to the US government's National Highway Traffic Safety Administration. — REUTERS

Mary "Missy” Cummings, Duke University professor and vocal skeptic of Tesla Inc.’s Autopilot system, has been replaced as an expert witness in a suit against the company over a fatal crash after she was appointed to a US government job.

Cummings was no longer available after her appointment in October as a senior safety adviser for the National Highway Traffic Safety Administration, according to court filings.

She’ll be replaced by Ella Atkins, a University of Michigan professor and an expert in autonomous aerospace systems, filings show.

The lawsuit was filed by the family of Jeremy Banner, 50, who died in 2019 after his Tesla Model 3 crashed into a semi-trailer truck on a Florida highway. Cummings was supposed to testify about what role the driver-assistance technology played in the collision.

The family asked the judge on Tuesday to delay a trial set for Jan 25 to allow for more time to depose the new expert on whether the electric vehicle maker was liable for Banner’s death.

Tesla Chief Executive Officer Elon Musk, an unapologetic champion of Autopilot technology, and thousands of Tesla fans and customers protested the appointment of Cummings to the NHTSA job on Twitter, including a petition calling for a review because of alleged bias against the company.

Tesla driver’s complaint being looked into by US regulators 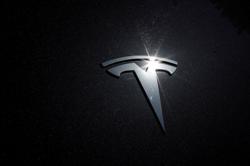