LONDON (Reuters) - Britain on Thursday said it had agreed a digital trade deal with Singapore, the first digitally-focussed trade pact signed by a European nation.

Britain said the agreement in principle would overhaul outdated trade rules and open up opportunities in Singapore, viewed as a global leader in digital.

"It is the first digital trade deal ever signed by a European nation and will slash red tape, cut costs and support well-paid jobs across the whole UK," trade minister Anne-Marie Trevelyan said.

Last month the UK's Board of Trade said that a Digital Economy Agreement with Singapore would demonstrate the potential for digital trade rules to others in the World Trade Organization.

Britain said the trading relationship with Singapore was worth 16 billion pounds ($21 billion) in 2020.

"While we await further details on how these provisions will work for firms practically, we also look forward to seeing similar agreements announced in 2022 with our partners and friends across the world," said City of London Corporation Policy Chair Catherine McGuinness. 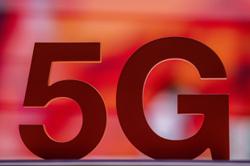