By Stephen Nellis and Diane Bartz 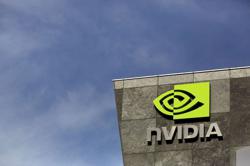 (Reuters) - The U.S. Federal Trade Commission (FTC) on Monday argued that competition in the nascent markets for chips in self-driving cars and a new category of networking chips could be hurt if Nvidia Corp carries out its $80 billion purchase of Arm Ltd.

Last week, the regulator said it was suing to stop the deal in which Nvidia, the world's most valuable publicly traded chip firm, is vying to buy U.K.-based Arm from current owner Softbank Group Corp. Arm licenses out its computing architecture to semiconductor firms, which use it to design chips for devices like mobile phones.

On Monday, the FTC released a redacted version of its complaint. It said it believes Nvidia's purchase of Arm would hurt competition because hundreds of chip companies that rely on Arm would be hesitant to keep working closely with the British firm for fear of Nvidia gaining access to their product plans.

Since announcing the deal, Nvidia has sought to frame its purchase as a way of making Arm into a more viable competitor to the "x86" architecture owned by Intel Corp that dominates PCs and data centers. Arm is now used in the central processors for smart phones but not for data center servers.

Nvidia has argued that Intel's x86 architecture has 97.4% market share in data center servers, saying that it will invest in Arm to make it a more viable alternative.

But the FTC complaint on Monday focused instead on new markets where Arm is dominant and where x86 is not currently used. It said that Nvidia and rivals from Intel to Tesla Inc rely primarily on Arm for emerging fields such as self-driving car chips and "data processing unit" chips: networking chips that add a layer of security to data centers.

"Nvidia will have the incentive to harm Arm-reliant

(self-driving chip) rivals as opposed to working collaboratively with them to help them succeed, as Arm does today, because Nvidia competes closely against these rivals for major business

Nvidia declined to comment beyond a statement issued last week saying it plans to "work to demonstrate that this transaction will benefit the industry and promote competition."

Arm executives have told Reuters that Nvidia and Arm plan to create "firewalls" https://www.reuters.com/article/us-nvidia-arm/arm-exec-says-firewalls-will-protect-customer-info-after-nvidia-deal-idUSKBN26S3A1 to protect any information shared with Arm from being inappropriately used by Nvidia.

Herbert Hovenkamp, who teaches antitrust at the University of Pennsylvania law school, said any firewalls that Arm and Nvidia created would probably fall short.

(Reporting by Stephen Nellis in San Francisco and Diane Bartz in Washington; Editing by David Gregorio) 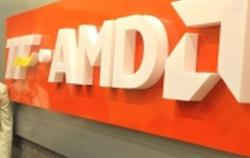