In the world’s least developed countries, men and young people are more likely to be online

People in poorer countries, especially in Africa, can still have difficulty obtaining proper access to the Internet. — AFP Relaxnews

Proportionally, there are slightly more men than women using the Internet worldwide, according to a United Nations report. And it appears that the poorer the country, the greater this divide can be. The same goes for age, where the youngest are also the most connected.

The number of Internet users worldwide continues to grow, up from 4.1 billion in 2019 to 4.9 billion in 2021, according to a report released by the International Telecommunication Union, the United Nations’ agency for information and communication technologies.

However, 2.9 billion people globally are still offline, which means that more than one third of the world’s population does not have access to modern means of information and communication. Unsurprisingly, this notably affects some of the world’s poorest populations, with 96% of those offline living in developing countries.

Women can be particularly marginalised, with nearly four in five still offline in the least developed countries. Many of the individuals excluded from the digital world face not only poverty, but also illiteracy and even limited access to electricity. But there is nevertheless a positive momentum, since in the 46 UN-designated least developed countries, Internet penetration has grown by in excess of 20% in the last two years.

Generally speaking, a slightly higher proportion of men (62%) than women (57%) use the Internet worldwide. However, this gender divide is much more balanced in developed countries (89% of men and 88% of women are online) than in the poorest countries (31% of men online compared to just 19% of women).

There is also a generational divide, with an average of 71% of the world’s population aged 15 to 24 going online regularly, compared to 57% for all other age groups. Here again, it is more pronounced in poorer countries, where 34% of young people are online, compared to 22% for the rest of the population.

Finally, the urban-rural divide, while less pronounced in developed countries, remains another major challenge for Internet connectivity in the rest of the world. Globally, urban residents are twice as likely to use the internet as rural residents (76% urban vs. 39% rural). – AFP Relaxnews

Costs, literacy and design: The invisible barriers to tackling the digital divide

Africa urged to wake up to growing state surveillance threat 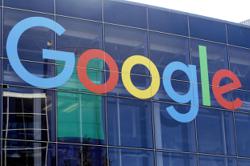