The San Diego-based firm said it has partnered with gaming hardware company Razer Inc to create an initial test device for game makers.

Qualcomm is the world's biggest supplier of chips for smartphones, which have become a key platform for video games, which in turn are one of the biggest revenue generators in mobile app stores.

With its "G3x Gen 1" chip announced on Wednesday, Qualcomm envisions handheld devices that have a touch screen similar to a smartphone, but also physical controls like a gaming console controller and much longer battery life while playing graphics-intensive games.

The most popular similar device on today's market is the Nintendo Co Ltd Switch, but that device does not feature cellular data connectivity, instead relying on a WiFi connection.

Qualcomm powered devices would have 5G connectivity to stream games directly from cloud gaming providers like Microsoft Corp when WiFi isn't available. The devices would also have bigger batteries to take advantage of Qualcomm's graphics processing capabilities, which often aren't fully exploited on phones because it would hurt battery life.

"The big thing about the phone is it's always going to fit in your pocket. There are a lot of compromises that go into a phone for the use cases that are not gaming," Micah Knapp, senior director of product management at Qualcomm, told Reuters in an interview. "So what happens if you build a device that's just for gaming?"

Qualcomm said it has partnered with Razer, a maker of gaming PCs and laptops, to create an initial "developer kit" that game makers can use to start writing software. Qualcomm did not give a time frame for when commercial devices for consumers might appear. 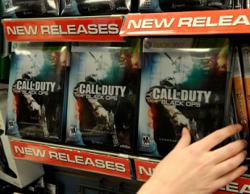