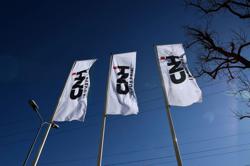 MILAN (Reuters) - Vehicle maker CNH Industrial has bought software engineering firm NX9, it said on Thursday, in a further step to boost digital innovation in its agricultural division as it prepares to spin off its truck, bus and engine operations.

U.S.-based NX9 is a small software house specializing in so-called 'ISOBUS' technology for agricultural equipment, an industry-standard communication protocol which allows machines and implements to talk to each other, CNH said in a statement.

No financial details of the deal were disclosed.

The investment builds upon the company's strategic effort "to more efficiently innovate and develop products in the precision agriculture space", CNH Industrial said.

The Italian-American group, which is controlled by Exor, the holding company of Italy's Agnelli family, will complete on Jan. 3 a plan to spin off its truck and bus units and its FPT engine division and list them under the Iveco Group name.

After the spin-off, CNH - the world's second largest agricultural equipment maker after Deere & Co, operating under the New Holland, Case IH and Steyr brands - will focus on its agriculture machine and construction equipment businesses.

Earlier this year the group struck a $2.1 billion deal to buy Raven Industries to boost its precision agriculture and autonomy operations. 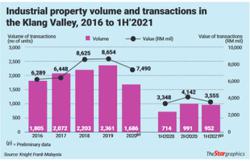