Opinion: Should your social media accounts be erased after your death, or instead leave a digital legacy for loved ones?

What should happen to your social media accounts when you die? — Unsplash

Would you want your social media accounts erased after your death? Or would you prefer to leave an online legacy for your loved ones to continually remember you?

As with most topics regarding death, the majority of people don't want to address their "digital remains." I disagree. Unearth and examine it now with a social media autopsy. Our digital death is as inevitable as our physical death. And our remains can't be buried or cremated. Just think of all the social media posts we've made in our lives, even if it's going back only 10 or 15 years.

For me, I've created thousands of posts on multiple sites including Facebook, Twitter, Instagram and LinkedIn. I've also left a digital footprint on many other platforms that I no longer use or I've long forgotten. The Internet has become such an integral aspect of our lives that we forget our fingerprints can be found everywhere, for some people dating back to their first MySpace or Tumblr profiles.

A 2019 study conducted by University of Oxford researchers discovered that Facebook alone can have nearly five billion accounts from deceased users by 2100 if it continues growing at its current rate. "Our analysis suggests that a minimum of 1.4 billion users will pass away before 2100 if Facebook ceases to attract new users as of 2018. If the network continues expanding at current rates, however, this number will exceed 4.9 billion," the study's authors wrote.

"In discussing our findings, we draw on the emerging scholarship on digital preservation and stress the challenges arising from curating the profiles of the deceased. We argue that an exclusively commercial approach to data preservation poses important ethical and political risks that demand urgent consideration," researchers wrote.

With this in mind, I intentionally post on Facebook certain thoughts or happenings in my life to preserve these memories for future remembrances. Every night just before midnight, I enjoy scrolling through my "Memories" page before it expires to see what I did on that date one year ago or 12 years ago, when I first opened an account. I use this webpage as my digital diary.

After I die, I'm hoping these posts will live on for my loved ones to read, watch, or reminisce. My hope is that my digital remains can bring me back to life each day, if only for a moment, whether it's through my columns, my ramblings or my experiences. This hope is a primary motivation behind many of my posts — a peek at the future when someone someday may be glancing back at my past. Or our past together.

This possibility prompted me to think about other people's posts from their past that they no longer agree with, or that now might be considered contentious, embarrassing or incriminating. Every user has likely posted something that no longer reflects their values or beliefs or political stance. It could wind up in our social media cancel culture.

"The Facebook Papers," a series of news stories based on thousands of internal company documents, shows that the platform purposely spread political unrest, hate speech, misinformation and extremism. Why? For the coveted clicks, and the "metaverse" mega data it compiled, and the lucrative profits that come with it.

How many Facebook users got sucked into this vortex of hate and ignorance? And how many of them will someday want to wipe clean their social media slate to remove any evidence? It's easy to get caught up in a moment of anger or arrogance before realising that the moment can last for years or for a lifetime.

I found a thought-provoking survey that likely reflects how many of us feel about our digital remains. Most users want their digital footprint essentially erased when they die. Users in every state except one, Wyoming, overwhelmingly want their social media posts automatically deleted upon death. Their reasons for feeling this way vary as much as their future causes of death.

In both Indiana and Illinois, nearly two-thirds of social media users want their entire social media posts erased after their death, the survey showed.

According to Redact.dev, a software program that allows users to scan their social media history and automatically remove any contentious posts: One in 10 Americans are worried that their posts may be contentious; nearly 50% of respondents have opinions that differ from their old posts; and 40% avoid posting about politics out of fear of future consequences. And they should be.

"If you're concerned about your social media history bearing a negative effect on your future, such as your post-mortem legacy, it could be worthwhile for your own peace of mind to go through your accounts and start afresh," a Redact spokesperson said.

With the permanence of the Internet, is it really possible to "start afresh?" I'm not so sure. But we should investigate it now instead of leaving it for our loved ones to deal with after our death.

Walt Disney once said that his futuristic Epcot Centre would always be "in a state of becoming." Can the same be said for our social media sites? Or will our past posts haunt our digital legacy? – Post-Tribune, Merrillville, Ind./Tribune News Service 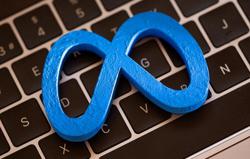