A jogger runs toward the Central Business District in Singapore. Although Covid-19 has decimated tourism and retail in Southeast Asia, the region is home to some of the fastest-growing Internet markets. — Bloomberg

BLOOMBERG: Some of Southeast Asia’s old-money tycoons are boosting investment in technology startups, looking to ride a wave of surging valuations as they seek to counter the fallout of the pandemic on businesses ranging from retail to hospitality and manufacturing.

Holding companies, family investing arms and other vehicles of moguls from Thailand’s Dhanin Chearavanont to the Philippines’ Lance Gokongwei are either plowing millions of dollars directly into promising companies or setting up venture capital funds. Partnering with Silicon Valley venture capital firms is also gaining popularity.

With the flurry of investments, these traditional brick-and-mortar business empires are also transitioning to a new world of e-Commerce and digitisation, paving the way for fresh revenue streams after being crippled by months of lockdowns and travel restrictions. The pivot has gained even more urgency under a new crop of leaders – in some cases younger, third-generation heirs.

"The universe of family money in Southeast Asia has become very alive to what technology and tech investments are bringing because of recent startup successes,” said Vishal Harnal, managing partner of 500 Startups Southeast Asia, which was an early investor in ride-hailing giant Grab and online marketplace Carousell. "There’s a lot more family money coming in to chase that, and the pandemic’s accelerated that race.”

The conglomerates, which have helped power Southeast Asia’s economies for decades, are now facing some tough challenges as governments still battle to contain Covid-19 infections. The Asian Development Bank last month slashed the 2021 growth outlook for the region to 3.1%, saying "developing Asia remains vulnerable” to the pandemic.

Although Covid-19 has decimated tourism and retail in Southeast Asia, the region is home to some of the fastest-growing Internet markets. Venture backers made a record 393 deals in the first half of 2021, raising US$4.4bil (RM18bil) by investing in startups across Southeast Asia, according to a separate research by Cento Ventures.

Among the leaders in the race is Charoen Pokphand Group Co, a 100-year-old Thai conglomerate spanning agri-food to retail and telecommunications. The group’s senior chairman is Dhanin, the head of Thailand’s wealthiest business dynasty.

"CP Group is actively embracing innovation and exploring advanced technologies such as robotics, logistics, cloud and other digital technologies,” said Yue Jun Jiang, CP Group’s chief technology officer. "Southeast Asia is going into a golden era of transformation where corporations are upgrading with advanced technologies and new business models, and the pandemic has further accelerated digitisation.”

In Indonesia, Intudo Ventures raised US$115mil (RM478mil) to close its third fund in September to focus on the region’s biggest digital economy. Investors in the fund include more than 30 Indonesian families and their conglomerates, according to the company.

Plug and Play Tech Centre, a Sunnyvale, California-based early-stage investor that’s backed more than 20 unicorns including PayPal Holdings Inc, has signed on more than a dozen partners in Southeast Asia, most of them family-controlled groups. They include Philippine construction-to-power conglomerate Aboitiz Power Corp in the Philippines, Thailand’s CP Group and Indonesia’s Astra International.

While the surging valuations may be alluring, the groups face some risks as they embrace the tech strategy.

Early stage companies typically burn a lot of cash before showing any signs of gaining traction in their businesses. They also require a lot more support and guidance than established corporations may be willing to offer. Plus, the conglomerates also have to jostle with investors with deeper pockets and longer experience such as sovereign-wealth and venture capital funds.

But many family-owned businesses are undaunted by the challenges. Some have started pilot projects with tech startups with the aim of investing in those with promising technologies. They are seeking deals and partnerships that run the gamut from manufacturing automation to sustainable innovations, as well as fintech, health tech and electrical vehicles.

"They’re looking at what will impact their business, like the pandemic, and they need to develop new ideas,” said Shawn Dehpanah, Plug and Play’s executive vice president and Asia-Pacific head of corporate innovation and investment. "These big corporations are the pillar for speeding up innovation among startups now.”

Even Thailand’s state-owned oil and gas company PTT Pcl doesn’t want to be left behind. It’s signed a partnership agreement with Plug and Play, and this month, one of its units, teamed with 500 Startups to set up a US$25mil (RM103mil) fund to invest in early-stage businesses in Thailand and Southeast Asia that can help the group expand its own footprint.

CP Group unit True Corp, Thailand’s No. 2 mobile operator, meanwhile has spent about US$17mil (RM70mil) to build Southeast Asia’s largest tech park that now houses a mix of foreign and domestic ventures, as well as the local operations of established tech giants such as Google and Mitsubishi Corp.

The tech park, which takes a leaf out of Silicon Valley’s book by outfitting the space with sports and entertainment facilities and adding venture capital pitch sessions, is set to expand next year.

Such investments will help accelerate the cycle of innovation and build tech ecosystems in developing markets like Thailand, said Vinnie Lauria, founding partner at Golden Gate Ventures in Singapore.

"I’ve been impressed meeting with the family patriarchs,” said Lauria, whose venture capital firm is also a True Digital Park partner in Bangkok. "They are asking the right questions about how to build and grow their businesses with tech.” – Bloomberg 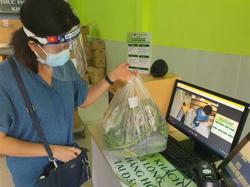 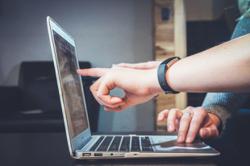