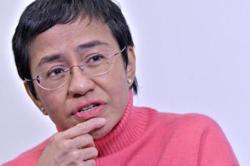 In "Humankind", you become the ruler of an entire civilization. As your society grows, how you deal with the environment will impact your success. — SEGA/dpa

Lead your civilisation from simple origins to prosperity in the modern age, and perhaps even on to Mars. But first things first: Let's invent the wheel.

"Humankind" has borrowed a game concept that familiar to anyone who's ever played "Civilization", and reinterprets this strategy game genre with a simpler approach and more timely morals.

At the beginning there's little more than a nomadic tribe. Under your leadership, the group wanders the hexagonal playing field of the world of "Humankind" one turn at a time in search of food.

Then comes progress: Houses are built, machines are invented, wonders of the world appear, your society sets off into space – the story of humankind unfolds.

This turn-based global strategy game is not unlike its better-known role model, "Civilization". But compared to the giant upon whose shoulders this game is standing, "Humankind" comes across as a little simpler and more accessible.

In order to lead your people to dominance, you have to keep an eye on many things. trade, industry, food, conquest and many other factors influence progress and success.

Players collect a wide variety of points in the process. This can be done by constructing buildings in cities or, for example, by conquering other parts of the world map.

So-called culture points and epoch stars will enable you to expand your own dominion and transition to new eras – and they bring fame. In the end, this will decide on your overall success.

In each new epoch, new peoples emerge that fit the era. And even your own people are not static, but can develop. Religion, business, culture - everything can change, just like in real life.

We play right up into modern topics, with the last epoch enriching the game with a strong lesson in environmental protection: Whoever pollutes, consumes too much resources or destroys the environment will fail at this game.

An uninhabitable world is no longer suitable as a home for humankind, the game's designers are reminding us, making this a rare game where pollution and unsustainable actions are a way to lose.

"Humankind" offers players an enormous number of possibilities for developing civilisation. By freely trying out and combining new peoples and their characteristics, it also has a high replay value. The title for PC costs around US$50 (RM208). – dpa