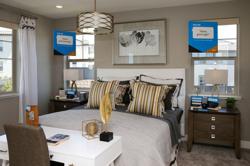 Millions of PCs may no longer be able to connect to the Internet as of Sept 30, 2021. — AFP Relaxnews

As of Thursday, Sept 30, millions of devices could find themselves unable to access the internet due to a security certificate expiring. This mainly concerns PCs, smartphones and consoles running on very old operating systems, which will need to be updated – if that’s still even possible.

British security researcher and lecturer Scott Helme sounds the alarm in a blog post. He explains that, in a chain reaction, the expiry of a security certificate (IdenTrust DST Root CA X3), Sept 30 may deprive many non-updated devices of Internet access.

More recent devices – those less than five years old – should not be affected, but those still running an old operating system may need to be updated to avoid the risk of becoming obsolete or, at the very least, unable to connect to the Internet.

Scott Helme explains that this can affect PCs running Windows XP (Service Pack 2) or Macs running macOS 10.12.0 or earlier. In any case, it is important to update these computers, if possible. And Linux isn’t spared either: a version of Ubuntu later than 12.04 is strongly recommended in order to hopefully stay connected without any problem.

When it comes to mobile devices, iOS 9 and Android 2.3.6 or earlier versions may also be affected, as well as smartphones running Blackberry 10.3.3 or CyanogenMod 10. Plus, Kindle devices running firmware prior to version 3.4.1, as well as PS4 version 5.00 will need to be updated for added security.

In any case, users are strongly advised to update the operating system of all their connected devices. It may seem trivial, but millions of users around the world are still using this type of device.

Note, however, there is a workaround solution if you can’t update your devices’ OS to a newer version. This involves installing Firefox. Indeed, this web browser does not take into account the security certificates of the operating system in use when accessing the Internet. – AFP Relaxnews 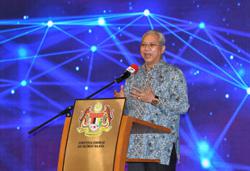