By Nate Raymond and Tina Bellon 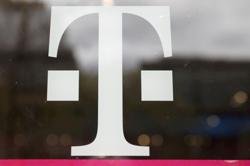 BOSTON (Reuters) - A coalition of app-based companies, including Uber Technologies Inc, Lyft Inc and DoorDash Inc, on Wednesday took the first step to put a measure before Massachusetts voters that would define their drivers as independent contractors entitled to minimum benefits but avoid having them declared their employees.

If placed on the ballot next year, the proposal could make Massachusetts the epicenter for an expensive fight over the legal rights of gig workers, after a heated battle in California ended last year with voters cementing their contractor status.

The proposal is part of the gig industry's efforts to change labor law and enshrine their workers' status as independent contractors across the United States, with the potential for regulation by the Biden administration looming.

The Massachusetts Coalition for Independent Work, whose members include Uber, Lyft, DoorDash and Instacart Inc, filed the proposal with the state's attorney general, who must certify whether the proposed question meets constitutional requirements.

That attorney general is Maura Healey, a Democrat who last year sued to challenge the designations by Uber and Lyft of their drivers as contractors not entitled to benefits like a minimum wage, overtime and earned sick time.

Should her office certify the question - a step that would come next month - backers could begin collecting the tens of thousands of signatures needed to get the issue on the November 2022 ballot.

Lyft President John Zimmer on Tuesday called the proposed ballot measure "part of our continued efforts to advocate what the vast majority of drivers want: the flexible earning opportunities our platform provides plus new benefits."

The proposal would establish an earnings floor equal to 120% of the Massachusetts minimum wage for app-based rideshare and delivery drivers, or $18 an hour in 2023 before tips. Drivers would be guaranteed at least $0.26 per mile to cover vehicle upkeep and gas.

Rideshare and delivery network companies would be required to pay healthcare stipends if drivers work at least 15 hours per week. Drivers could also earn paid sick time and paid family and medical leave.

Opponents say the proposal amounts to a ploy by the companies to avoid paying taxes and contains loopholes that would create a subminimum wage for drivers.

"This is exploitation and Uber, Lyft and the gig economy's way of trying to create a sub-class of workers," Beth Griffith, an Uber driver and chair of the Boston Independent Drivers Guild, said on Tuesday ahead of the filing.

The Massachusetts proposal comes on the heels of a similar measure last year in California, where the companies convinced state voters to solidify ride-hail and food delivery workers' status as independent contractors with some benefits.

The companies in recent months have set up lobbying groups in at least five other states to push for laws that declare app-based ride-hail and food delivery drivers independent contractors. In some states the companies hope for buy-in from labor groups.

The companies are also facing the prospect of changes at the federal level. Labor Secretary Marty Walsh, Boston's former mayor and an ex-labor union leader, recently said that "in a lot of cases gig workers should be classified as employees."

(Reporting by Nate Raymond in Boston and Tina Bellon in Austin, Texas; Editing by Dan Grebler) 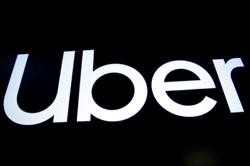