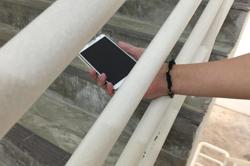 The court heard that some of the videos were stored in a folder which required a password to access. — Unsplash

SINGAPORE: Seeking out girls in their school uniforms at public places such as bus stops and MRT stations, a 16-year-old used his mobile phones to record upskirt videos.

At least one of his victims was still in primary school when he committed the offences between 2019 and this year.

Even after two of his mobile phones were seized by the police during investigations, the Malaysian used two other devices to film more videos.

The teen, a Singapore permanent resident, pleaded guilty on Tuesday (Aug 3) to three charges of voyeurism. He cannot be named as he is under 18 and therefore, has his identity protected under the Children and Young Persons Act.

His victims’ identities are also protected under a gag order.

Three other charges, including one of insulting the modesty of a victim by asking her to expose herself, will be taken into consideration during his sentencing later.

The court heard that the teen was attracted to thin girls in school uniforms.

When he spotted such a girl, he would record an upskirt video.

The court heard that some of the videos were stored in a folder which required a password to access.

Two of the teen’s mobile phones were seized on Jan 10 last year after the police began investigating him.

The police were acting on a complaint made by a 12-year-old girl's mother, who claimed that the teen had tried to touch her daughter's buttocks.

But the teen went on to record more videos using two other mobile phones that he had.

He targeted a 13-year-old girl in a lift on Sept 1 last year.

The girl eventually noticed him holding his mobile phone underneath her skirt and quickly left the lift. She lodged a police report the next day.

On April 14 this year, the teen’s two other mobile phones were also seized by the police.

Court documents state that 58 upskirt videos were found in three of his mobile phones. Most of the victims captured in these videos were wearing school uniforms.

The teen was later assessed by a psychiatrist from the Institute of Mental Health to have “sexual arousal from obtaining upskirt videos of unsuspecting, non-consenting persons”.

But the psychiatrist found that he did not have any mental illness and his behaviour did not “fulfil the criteria for a voyeuristic disorder”.

On Tuesday, District Judge Kessler Soh called for a report assessing the teen’s suitability for probation.

His case will be heard again on Sept 9.

Offenders guilty of voyeurism against a person under 14 can be jailed for up to two years, and fined or caned. – The Straits Times (Singapore)/Asia News Network 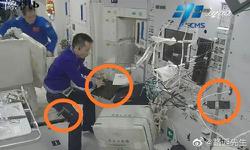