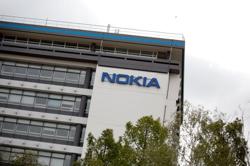 FILE PHOTO: The logo of Nokia is seen at the Nokia Paris-Saclay campus in Nozay, near Paris, France, June 30, 2020. REUTERS/Benoit Tessier

HELSINKI (Reuters) -Telecom equipment maker Nokia reported a stronger-than-expected second-quarter operating profit on Thursday and raised its full-year outlook as promised, thanks to a turnaround of its business.

Shifting geopolitics and a sharp round of cost cutting have put Nokia firmly back in the global 5G rollout race just a year after CEO Pekka Lundmark took the reins, allowing it to gain ground on Swedish arch-rival Ericsson.

"We have executed faster than planned on our strategy in the first half which provides us with a good foundation for the full year," Lundmark said in a statement on Thursday, but added that Nokia still expects the 2021 second-half results to be less pronounced.

The company had announced on July 13 that it would raise its outlook, but did not provide any details. 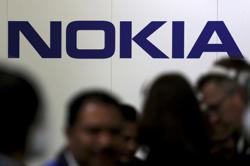 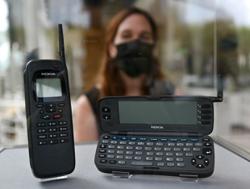