Listen to music and more with bone conduction technology

The Czech startup Sentien HQ has developed an open-ear headset that uses bone conduction technology. Thanks to its titanium structure, the headset is light as a feather, while also being easily adjustable to all head sizes.

Bone conduction has many advantages. Above all, it can be less tiring and less harsh on the ears than traditional headphones or earpieces.

In the high-tech sector, it has mainly been used in recent years in virtual reality headsets and glasses (Google Glass and Snap’s Spectacles are the most prominent examples).

With bone conduction, a device sends vibrations directly to the inner ear through the skull bones, bypassing the eardrum and ossicles. This has many advantages, starting with the fact that it is suitable for everyone. People with hearing problems or perforated eardrums can benefit from it, and this type of device can also be used in conjunction with hearing protection.

It also allows you to remain attentive to everything that’s happening around you, as your ear remains open and unobstructed. Finally, since mechanical waves do not pass through the air, devices using bone conduction technology work perfectly well underwater.

The new Sentien Audio headset uses this technology. It has only one button, for power and pairing, while all the rest of its surface is touch-sensitive.

Note, however, that the headset can also be controlled via a dedicated application or even directly by voice commands. It promises battery life of 24 hours, including 10 hours of continuous use.

The headset weighs less than 30g and is Bluetooth 5 compatible. It is available for pre-order via the crowdfunding site Indiegogo, starting at €198 (RM981). 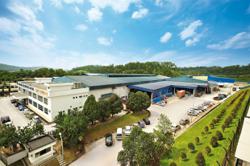