By Brian Eckhouse and Kartikay Mehrotra 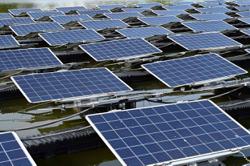 Clean-power giant Invenergy LLC said it found unauthorised activity on some of its information systems in a hack claimed by the REvil group behind the cyberattack on meat giant JBS SA.

The Chicago-based renewables developer said it has investigated the intrusion and saw no impact on its operations.

"At no time were Invenergy’s operations impacted and no data was encrypted,” the company said in an emailed statement Friday. "Invenergy has not paid and does not intend to pay any ransom.”

The disclosure follows recent cyberattacks that took down the largest US gasoline pipeline and the largest beef producer in the country for several days. The FBI attributed the May 30 cyberattack against Sao Paulo-based JBS to REvil, a hacking group that researchers say has links to Russia.

In a blog post, REvil claims to have downloaded 4 terabytes of "sensitive data” from Invenergy, including projects, contracts and non-disclosure agreements. They also claim to have stolen "personal and spicy” data from Invenergy founder and Chief Executive Officer Michael Polsky’s computer.

The Eastern European hackers claim to be primed for a long-term bout with their hostages. The blog post concludes with a photo of Polsky on the cover of Forbes.

Invenergy Future Fund, an investment fund linked to Invenergy, in 2018 said it provided funding for a cybersecurity technology provider. 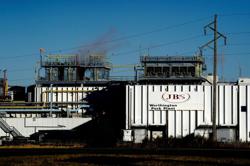