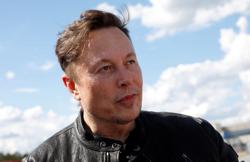 So you like taking photos? Ever thought about earning money from them? It's easy enough to get them on stock photo agencies. Taking the kinds of photos that will get bought is the hard part. — dpa

Getting as many pictures as possible published — it's the dream of many amateur photographers. A number of stock photo agencies promise to make it a reality.

"Stock photo agencies are a pretty simple way for anyone with a relatively large photo archive to earn money with their hobby," says photography specialist Benjamin Lorenz. However, the images need to be suitable for use in a number of different situations and scenarios.

Stock photo agency clients include publishing houses, tourist boards and advertising/PR agencies. They pay a licence fee to use the photos. When the photos are published, explains Lorenz, the photographer and the agency are usually named.

Possible themes include people in different situations and scenarios, objects or symbolic photos. Pictures with seasonal references, such as religious holidays, also go down well.

"Holiday or family snaps are useless for these purposes," explains Andre Kramer from German tech magazine C't. If you want to sell your pictures, you have to keep an eye on what agencies are looking for, serve different target groups and stand out from the crowd.

So it's best to keep your eyes open and try to recognise trends before they become trends. "Check with the agency beforehand to see which themes are currently trending and if they're already frequently photographed," advises Lorenz.

The pictures should be kept simple, ie. not too colourful, relatively sraightforward in the choice of motif and not too artistic. According to Kramer, leaving some white space can be useful if a caption is to be placed in the picture. First impressions count, so you should choose the strongest possible photos.

Lorenz thinks pre-selecting the photos is a must, as the stock photo agencies also look through and evaluate them. The photos should be technically and qualitatively perfect, the focus and exposure must be right. In addition, you have to tag images and describe what you see. "Most of the time, however, you get feedback on why a photo was rejected, so you can adapt and improve accordingly," says Lorenz.

Stock photo agencies often offer sales on a commission basis, with a variable commission rate. According to Lorenz, this is between 20-50%. Photographers can potentially earn upwards of 25 cents (RM1.25) per image sold. "With a portfolio of around 2,000 pictures, you can expect to earn about 350 euros (RM1,747.15) per month," says Lorenz. 2,000 pictures makes sense, he says, any less and it's not worthwhile. "It would be a good idea to aim for up to 5,000 pictures over time."

There are different providers, including larger ones such as Adobe Stock, Depositphotos, Dreamstime, iStock/Gettyimages or Shutterstock. According to Lorenz, most of them require you to register, then you can start uploading your portfolio. The experts recommend registering with several different agencies.

Lorenz advises going for smaller agencies, perhaps one with a local connection if you have appropriate photos in your archive. Examples of such agencies are Adpic, Panthermedia, Photocase, Pitopia, Shotshop and Zoonar.

It's also very important to consider the legal aspects, as you are liable for the photos you submit to the agencies. For example, there is the right to one's own image: people who are photographed or clearly recognisable in a photo must have agreed that the photographer may use and publish their image (model release) — preferably in writing.

In addition, photos of works of art cannot simply be published. And it's important to not violate trademark law either. "A model wearing brand-name jeans, a Nirvana T-shirt and a Louis Vuitton bag is tricky," Kramer explains.

One thing is certain: Competition on the photography market is fierce. "You need to have fun with the subject and get to grips with it," says Kramer. It's worthwhile, he says, to pursue anything that sells well and to photograph more on these topics. "Perhaps this will lead to a new creative outlook." – dpa 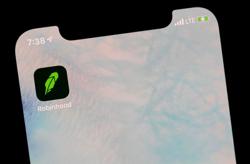