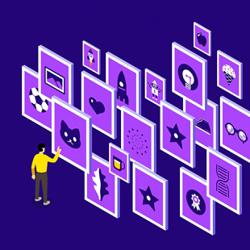 (Reuters) - The Federal Reserve is exploring the technology that would be required to establish a central bank digital currency, but more research needs to be done before it would move forward with a currency, Boston Fed Bank President Eric Rosengren said on Wednesday.

"It is important to highlight that this is exploratory work, and any decision to move forward with such a currency would depend on a variety of factors beyond the technological feasibility and implementation," Rosengren said in remarks prepared for a virtual event organized by Harvard Law School.

But Fed officials would need to fully consider the policy implications and trade-offs that come with using a digital currency, including possible threats to financial stability, Rosengren said.

The Boston Fed is doing research on the technology that could be used to create a hypothetical digital currency through a joint project with MIT’s Digital Currency Initiative.

They plan to release a white paper and open source code early in the third quarter of this year, and later phases of the research project will focus on privacy, anti-money laundering and other issues.

"It is important to understand what problems a central bank digital currency is being designed to solve, and whether other technologies could more cheaply or efficiently address those problems," Rosengren said.