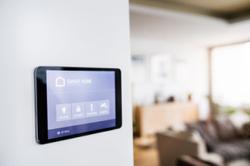 In the fourth quarter of 2020, Europeans bought more smart-home products than ever before. — AFP Relaxnews

The market for smart-home products set new records in the fourth quarter of 2020 with more than 41 million speakers, TV sticks, bulbs and thermostats sold, which represents an increase of 12% when compared with the same period a year earlier.

In the wake of a catastrophic first quarter marked by the Covid-19 crisis, the European market for smart-home products bounced back to finish 2020 in style.

According to the latest data published by the consultancy IDC, close to one in two smart-home devices were bought for video entertainment. Along with televisions, TV sticks, which give access to broadcast and streaming content as well as customised audio-visual media, led the charge with sales up by 35% year-on-year.

Continuing a good performance from previous quarters, the smart-speaker segment grew by 12%, as did sales of home monitoring and surveillance equipment, intelligent lighting and smart thermostats.

With regard to brands, Amazon remains the undisputed leader in the market with 7.4 million IoT devices sold over the three months, ahead of Google (5.1 million), Samsung (4.9 million), LG (4.3 million) and Sony (1.9 million). It should also be noted that Google posted the most impressive +27.4% year-over-year change for the period.

Between now and 2025, some 210 million smart-home products are expected to be sold in Europe, which amounts to market growth of around 15% per year. – AFP Relaxnews

Next victim of chip shortage will be your home Internet router