(Reuters) -Box Inc said on Thursday private equity giant KKR & Co Inc would lead a $500 million investment in the company and get a board seat, marking an end to the cloud services provider's strategic review.

The KKR-led investment will be executed through convertible preferred stock and comes weeks after Reuters reported that Box was exploring a sale amid pressure from hedge fund Starboard Value LP over its stock performance.

Shares of the company fell more than 9% to $22.06, with D.A. Davidson & Co analyst Rishi Jaluria saying "there was likely some level of M&A premium baked into the share price."

"Over the medium term, I think having KKR as a strategic partner is extremely valuable, but today's share reaction is a result of the reduced likelihood of a takeout," Berenberg analyst Brett Knoblauch said.

Box also said director Bethany Mayer, who joined its board after an agreement with Starboard last April, would replace Chief Executive Officer Aaron Levie as chair from May 1.

Demand for Box's offerings including file sharing, cloud storage and cloud backup services have risen during the COVID-19 pandemic as employees of many companies work from home.

However, it has lagged behind competitors such as Microsoft Corp, which offer similar services and products for free or at a lower cost.

"The investment from KKR is a strong vote of confidence in our vision, strategy, and continued efforts to increase growth and profitability," Box's Levie said.

A self-tender for the buyback, whose pricing and size have not yet been decided, will begin after Box releases its first-quarter results in May this year.

After the investment, which is expected to close in May, KKR's Head of Americas Technology Private Equity John Park will join Box's board, making him its tenth member. 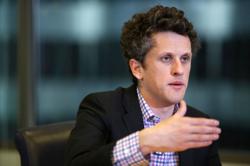 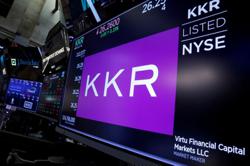