A file photo of people viewing the US Supreme Court building from behind security fencing on Capitol Hill in Washington. As the Supreme Court’s majority noted, much of the value of those APIs isn’t held by Oracle – it’s held by the developers who know how to use them. Allowing Google to copy the APIs enabled those developers to apply that knowledge to a new product, which is a win for innovation and productivity. — AP

It seems fitting that the Supreme Court would issue its decision in Google v. Oracle, a clash of Silicon Valley software titans, at roughly the same time Warner Media released Godzilla vs. Kong, a clash of CGI titans. I mean, whom do you root for?

In the court case, at least, the winner was more aligned with the public’s interest than the loser. Writing for a 6-2 majority, Justice Stephen Breyer found that Google had made legal use – technically, “fair use” – of some 11,500 lines of code written by Sun Microsystems (which Oracle bought in 2009) in its Android software for phones and tablets. The copied lines of code came from Java APIs, or application programming interfaces, that enable apps, websites and services using the Java software platform to interoperate.

And with that, I’ve lost half my readership. Unless you write software for a living, you probably don’t feel like you have a stake in copyright protection for APIs (or computer programs in general).

But you do, and it boils down to this: If the companies that own popular programming languages and platforms can stop people from freely copying and using their APIs, we’ll end up with fewer great services and apps online and fewer ways to use them.

Granted, the Los Angeles metropolitan area is filled with people who shudder at the thought of any ruling that seems to weaken copyright protection. They make their living in the entertainment industry, where each free copy translates in some folks’ minds to a lost sale. That’s why the Hollywood studios and the major record labels, along with the major book publishers, news organisations and other copyright-dependent industries, sided with Oracle and urged the justices not to take a broad view of fair use in this case.

And predictably, the Copyright Alliance, a group that represents a broad swath of copyright holders, denounced the ruling Tuesday, saying it “has the potential to unduly broaden the fair use doctrine, as applied to creators of computer programs as well as individual creators and small businesses that do not have the means to compete with Internet behemoths like Google”.

As the justices emphasised, however, Monday’s ruling is confined to this one case and this one type of software. Yet it does add to the body of rulings that help draw the line between the sort of creativity that merits the expansive protections of copyright law and the more functional work that does not. This is especially important in the realm of software, where that line is particularly blurry.

APIs are like cheat sheets – coding shortcuts that enable programs to work with any device or site that's using the underlying software. For example, someone building a smartphone app to help people explore the National Park System would use the APIs published by that agency to call up park locations, amenities and activities. The developer doesn’t have to write the software needed to perform those particular tasks – the Park Service has built that code into its site, available through the APIs – and can instead focus on creating the easiest-to-use, most-compelling app.

The justices didn’t weigh in on whether APIs were copyrightable, as Oracle argued (and the Federal Circuit Court of Appeals held). Instead, the majority found that Google’s use was legal because it copied a tiny portion of Java – in essence, cheat sheets to 37 important functions – in a transformative product for mobile devices (the Android operating system) that doesn’t compete with Oracle’s software, but may actually increase demand for it.

It’s worth noting that Google wrote its own version of Java for Android. But by copying the Java APIs, Google could count on a huge army of Java-fluent developers being able to write apps for Android from the get-go. And as Apple’s iPhone proved, having a large library of apps is crucial to the success of a phone. The Java APIs gave Google a head start; Android went on to become the world’s most popular mobile phone operating system by far.

You can see why Oracle might feel as if Google might have built the Android empire with stolen bricks. But as the Supreme Court’s majority noted, much of the value of those APIs isn’t held by Oracle – it’s held by the developers who know how to use them. Allowing Google to copy the APIs enabled those developers to apply that knowledge to a new product, which is a win for innovation and productivity.

The software industry was split on this case, with some companies siding with Google and others warning that allowing the company to copy APIs verbatim would deter investment in new products. But to the six justices who ruled for Google, the investment and innovation that needs protection isn’t in the cheat sheets – it’s in the software that implements those instructions.

“If you value diversity of APIs, then yes, stronger copyright protection would likely lead to that result,” said Eric Goldman, associate dean for research at Santa Clara University School of Law. “However, as the opinion discusses, much of the real innovation and competition takes place at the implementing code level. Diversity of APIs actually reduces that innovation by fragmenting developer markets.”

He offered an analogy that should work for anyone trying to write screenplays for a living. “Imagine if the QWERTY keyboard layout were copyrightable. That would force computer manufacturers to innovate to create their own proprietary keyboard layouts, but it would reduce innovation overall by fragmenting the markets and adding socially wasteful switching costs.”

As a society, we want people to write more screenplays (and books and news articles and letters and so on), not learn more keyboard layouts. – Los Angeles Times/Tribune News Service 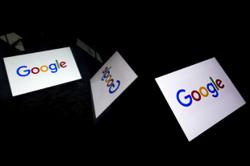