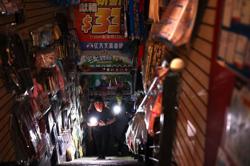 Investigators descended on the offices of Bitmain’s two Taiwan units and interviewed 19 people Tuesday in a probe into whether the crypto-mining startup had violated local laws, according to Chang Jui-chuan, a spokeswoman for the New Taipei District Prosecutors Office.

The Chinese firm, which develops semiconductors for mining and other purposes, is suspected of illegally recruiting hundreds of engineers from Taiwanese firms over a period of three years. Taiwan prohibits firms from China from doing business or recruiting locally without prior approval, a measure intended to limit the influence of its political rival.

The accusations against Bitmain spur concerns that Chinese firms will accelerate efforts to hire away Taiwan’s best engineers in a bid to achieve semiconductor self-sufficiency. Beijing has pledged to develop its own advanced chip manufacturing in order to dominate future technologies and cut its dependence on US$300bil (RM1.23tril) of annual semiconductor imports.

Taiwan’s deep pool of expertise revolves around Taiwan Semiconductor Manufacturing Co., the world’s leading chip fabricator and a supplier to most American tech giants from Apple Inc. to Nvidia Corp. US and European companies like Alphabet Inc.’s Google and ASML Holding NV have set up engineering hubs and research bases to tap local talent.

"China’s poaching of Taiwanese engineers undermines Taiwan’s semiconductor industry, ” said Carol Lin, a law professor at the Hsinchu-based National Chiao Tung University. "Through the maneuver, Chinese competitors can learn about Taiwan companies’ progress. If these engineers bring trade secrets with them, Chinese rivals can have a firm grasp of Taiwan companies’ past success and failure in technological developments, and this could result in unfair competition and even endanger national security.”

Beijing has denied Washington’s claims that it demands technology or talent transfers or targets the intellectual property of overseas firms. Bitmain representatives didn’t respond to multiple requests for comment.

Bitmain’s actions are suspected of breaching Taiwan’s Act Governing Relations between the People of the Taiwan Area and the Mainland Area, Chang said. An article in the act stipulates that for-profit Chinese firms cannot set up units in Taiwan and conduct business activities -- including headhunting -- without approval from Taiwanese authorities, she added.

A separate press statement from Chang’s office, while not identifying Bitmain by name, shed light on the allegations. In order to develop artificial intelligence chips, the Chinese startup created a new entity in China with a Taiwanese engineer as chairman.

This engineer then recruited colleagues from his former company in Taiwan and formed a headhunting team to set up a research and development center in Taiwan, according to the statement. Chang confirmed the company in the press release was Bitmain.

Taiwanese executives have accused Chinese rivals of aggressive poaching for years. In 2018, Taiwanese DRAM maker Nanya Technology Corp. President Lee Pei-ing said some of his engineers were being offered three to five times their current salaries by Chinese competitors. The typical practice was to first lure away a manager who would then go on to recruit more of his former colleagues, according to Lee.

Bitmain, the world’s largest crypto-mining equipment maker, has over the years tried to expand into AI chipmaking to cushion Bitcoin’s volatility, but the strategy divided its management. The company relies on TSMC’s foundry for semiconductor production. – Bloomberg

Smartphones, game consoles could get pricier as chip crisis bites 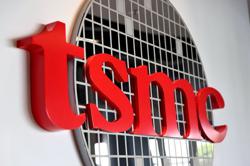 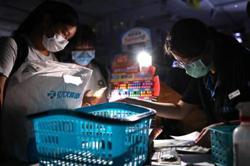