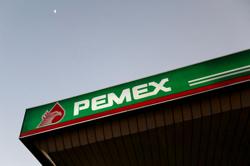 FILE PHOTO: A 3d printed Robinhood and Reddit logos are seen near one dollar banknotes in front of displayed GameStop logo in this illustration taken February 8, 2021. REUTERS/Dado Ruvic/Illustration/File Photo

OAKLAND, Calif. (Reuters) - The recent trading frenzy centered on GameStop Corp and other “meme” stocks is sparking a wave of investor interest in start-ups aiming to mimic the success of Robinhood Markets Inc, whose no-fee brokerage app has helped drive a trading boom.

Public.com, a direct competitor to Robinhood that boasts a host of blue-chip backers, said on Wednesday it had raised $220 million at a $1.2 billion valuation. Another well-heeled rival, Stash, said earlier this month it had raised $125 million, while Webull Financial LLC, backed by Chinese investors, is also raising fresh funds after enjoying an influx of new users.

Robinhood, meanwhile, raised some $3.4 billion in the midst of the GameStop furor to assure its stability amid rapid growth and demands by its trading partners that it post more collateral.

The fresh investments are coming even as government regulators ramp up scrutiny of Robinhood and others involved in the GameStop trading. A U.S. congressional committee on Thursday grilled the chief executive of Robinhood and a YouTube streamer known as "Roaring Kitty," among others, as it probes possible improprieties, including market manipulation.

Robinhood came under stiff criticism from some quarters for restricting trading in GameStop and other shares at the height of the frenzy, a move the company says it was forced to make due to requirements of partners who settle trades. It has also drawn scrutiny for a business model that relies on payments for sending trading business to partner brokerages, a practice Public.com and some other rivals are pledging to avoid.

Investors see rich opportunity in bringing easy stock trading to smartphone users globally, though the companies say they are also cognizant of the risks.

Stash, which doubled its active accounts to over 5 million by the end of last year, operates with only four trading windows a day to discourage rapid speculative trading, it said.

U.K.-based Freetrade.io told Reuters by email that its user numbers last year grew six-fold to 300,000 and that it had raised a total $35 million, including from a crowd-funding round from over 10,000 customers.

But it does not offer margin trading or riskier offerings. “These products encourage investors to behave as if they are gambling or speculating rather than investing,” a Freetrade.io spokesman said.

Interest in trading apps is soaring globally. In Mexico, trading app Flink launched seven months ago and already has a million users, according to co-founder and chief executive Sergio Jimenez. He said Mexicans can buy fractions of U.S. stock through the platform, but not Mexican stocks - yet.

“Ninety percent of them are investing for the first time,” said Jimenez.

Flink raised $12 million in a funding round in February led by Accel Partners, an early investor in Facebook. Accel is also an investor in Public.com and Berlin-based Trade Republic Bank Gmbh, which allows European retail investors to buy fractions of U.S. stocks, according to Accel partner Andrew Braccia.

“The bigger story here is there's just this global trend of... accessibility,” he said.

Start-up investors also see opportunity in the infrastructure behind the trading apps. DriveWealth, which serves Mexico’s Flink and 70-plus other online trading apps around the world, has hundreds more partnerships in the pipeline, according to founder and chief executive Bob Cortright. DriveWealth provides the technology to power digital wallets and trading apps, and also provides clearing and brokerage service to its business partners.

“This is this is only beginning,” said Cortright. “The fact that you could have a smartphone in your hand in India, for instance, and buy $10 worth of Coca-Cola stock at an instant, that's pretty game-changing.”

Venture capital investments in U.S. fintech companies hit a record last year with $20.6 billion invested, according to data firm PitchBook. Globally, around $41.4 billion was invested in fintech companies in 2020. 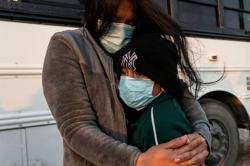