An employee scans in to shop at the Amazon Go store in Seattle, Washington, US. Fisher, Standard’s co-founder and chief executive officer, believes the pandemic has accelerated interest in cashierless technology. — Bloomberg

A US startup selling Amazon Go-like checkout technology to retailers has raised money from investors at a US$1bil (RM4.03bil) valuation, minting a new unicorn a year into a pandemic that has helped bolster the case for automated checkout.

Standard Cognition Corp, based in San Francisco, offers a package of cameras and software that tracks browsing shoppers and automatically charges them when they exit. Circle K, the convenience store chain owned by Alimentation Couche-Tard Inc, is installing Standard’s technology in an Arizona store, with more to follow. Compass Group PLC, a UK-based food-service conglomerate, is also a customer.

“We’ve got commitments for 40 more stores on the books,” said Jordan Fisher, Standard’s co-founder and chief executive officer, who believes the pandemic has accelerated interest in cashierless technology. “We are really on the precipice of unleashing this on the world.” He said Standard will use US$150mil (RM605.92mil) in new funds to expand its installation team, among other things.

The startup has its roots in a geeky discussion group Fisher convened in New York when he worked at the US Securities and Exchange Commission. The entrepreneurial crew would get together weekly to discuss cutting-edge research, sifting through areas that they could pursue if they ever uncovered an idea worth quitting their day jobs for.

By late 2016, they had settled on computer vision, which helps machines understand images, and decided to apply it to the checkout process. Days later, Amazon.com Inc announced its first Go store in Seattle.

“Most of the team was like, ‘Oh, no. I guess it’s back to the drawing board’,” recalls Michael Suswal, Standard’s chief operating officer and one of seven co-founders.

The team decided to keep going, figuring there were plenty of retailers looking for automated checkout technology but wary of working with Amazon. “There’s the elephant in the room, you don’t want to partner with your biggest competitor,” Fisher said.

Standard participated in the Y Combinator startup accelerator in 2017 and opened a test store in San Francisco the next year, inviting shoppers and paid contractors to try and fool the technology. Over time it got better, thanks in part to the help of Scale AI Inc, a fellow San Francisco-based unicorn. Standard charges customers an upfront fee to cover the cost of the cameras and backroom computers, as well as a monthly fee. The company declined to disclose how much it charges.

Standard quickly emerged as the best funded of a crowd of startups seeking to use computer vision to help revolutionise retail, securing backing from such investors as Charles River Ventures, Initialized Capital and EQT Ventures. The latest round was led by SoftBank’s Vision Fund 2 and included contributions from existing investors as well as a few new ones. The injection brings Standard’s total outside investment to US$236mil (RM953.32mil).

Standard deliberately chose a simpler approach than Amazon – relying solely on cameras and shunning shelf sensors – in a bet that stores would be able to install the technology without costly retrofits. But getting the systems installed and running smoothly has gone more slowly than expected, and the company expects to have the system in at least 100 stores by the end of 2021, well short of the thousands Standard had previously targeted in that time frame. (Amazon, which has opened about 30 of its own Go stores, fell short of a similarly ambitious internal target of thousands of locations.)

“We were definitely off the mark in appreciating how hard this was going to be,” Fisher said. “There is a huge barrier to entry here.”

Compass, which operates thousands of locations including canteens at Google headquarters, has installed Standard’s technology in three spots so far, including a convenience store at the University of Houston. Compass is hedging its bets by also testing Amazon Go’s “Just Walk Out” technology.

Scott Wu, chief technology officer of Compass’s retail research and development unit, is a believer in automated checkout but says it will take time for the technology to become ubiquitous. “The cost is still really high, because it’s new and not at scale yet,” he said. “When the technology is mature, and the price is at a point where its scalable, it will be everywhere.” – Bloomberg 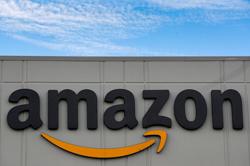