Interview: COVID-19 leads to "irretrievably loss" in some researchers' work in UK

LONDON, Jan. 26 (Xinhua) -- In November last year, Professor Hannah Cloke's research came to a sudden halt. She had caught COVID-19, and was so unwell that she had to take a step back from her work as a professor of hydrology at the University of Reading.

"I dropped off the face of the earth for several weeks. I direct quite a large team at the university and around the world and the immediate cessation of activity was kind of devastating, particularly for the PhD students," Professor Cloke told Xinhua.

"I felt terrible, not just in a health way, but by letting people down. You're suddenly realizing that it's a problem," she said. "And there are things that have just been lost ... the opportunities have been lost, data collection has been lost."

To bring life back to normal, countries such as Britain, China, Germany, Russia and the United States have been racing against time to roll out coronavirus vaccines.

Her own physical field work was put on hold, meaning delays to projects that she had been working years on securing.

According to Professor Cloke, things in research take a long time to generate, where the submission of funding applications have to be submitted well in advance to secure future projects.

Because she was ill, those deadlines were missed meaning that those opportunities were gone and her whole research group took a hit -- hindering progress.

"There are some things that will be irretrievably lost," she said.

For Professor Cloke's PhD research students, COVID-19 has also had a devastating effect.

"This is one of the big things with PhD students, particularly if they're coming towards the end of their PhD, there will be no opportunity for them to carry on, they will just have to finish with what they've got," she said.

"And that ability to learn how to be an academic or learn how to work with industry, and particularly placements," she said.

Because of the way research works, some of the opportunities will just not be available for PhD students -- they've been pulled away due to the restrictions.

Field work is important for many researchers, but the pandemic has made it so much harder to carry out such work.

In 2019, Professor Cloke found herself on the banks of the Limpopo River in Africa talking to communities there about how their water resources work and how the flood resilience would protect them from serious weather.

That kind of working scene is rare nowadays given the pandemic.

She said that she believes that the physical field work, and the opportunity to meet with those affected and those involved in the research face-to-face is an integral part to her research projects.

"We have lost so many opportunities ... And conferences as well, conferences are a really big part of the research networking. And although we've moved online the networking has been very, very difficult," she said.

The impact that the COVID-19 has had on everyday life has meant that researchers have also had to take a step back and reprioritize their work.

From homeschooling to providing care to those in need, they all take their toll on researchers trying to put papers together.

For Professor Cloke, she has found the final stage of research challenging -- writing it up.

Before, her children would have been at school, meaning that Professor Cloke would have found the time to write up her research and submit the papers.

But now, she just does not get the time, and it is a similar story, she said, for many people in her research groups.

"There's probably been a substantial delay in some of the knowledge that we've got sitting around waiting to be put together," she said.

Brexit is another headache to researchers like Professor Cloke.

According to her, due to Brexit she has lost some collaborations through European funding research programs.

However, Professor Cloke remains optimistic that in 2021 researchers will have adapted to finding new ways of doing things, in spite of the challenges jointly brought by COVID-19 and Brexit.

"Everybody's learning how to do things differently online, making the most of the new opportunities that we do have, working online does mean that it's much easier to have a conversation with someone abroad," she said.

It is her hope that she can be back in the field again, to meet the communities face-to-face and feel the real impact of her work.

"I'm very optimistic in that we can find ways of making it work, but it seems a long way into the future where I will be standing on the banks of a major world river again, which is, you know, something I like to do every year, and I hope that I can manage in 2021," she said. 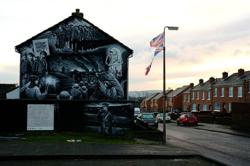 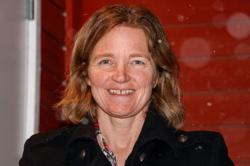 Uber spins off robot delivery unit of Postmates
Zoom recovers from hours-long outage, says issues were likely due to local internet glitch
Soon, it could be easier to buy a car online than in a dealership
Zoom says users issues likely from localised Internet glitch
Towards record PC sales in 2021
Facebook removes Thai military-linked information influencing accounts
Explainer: How brands will target ads to you after the death of browser cookies
Parler sues Amazon again, alleging effort to 'destroy' app
Google won't use other web tracking tools after phasing out cookies
European telcos cash in on tower assets as high-cost 5G investment looms