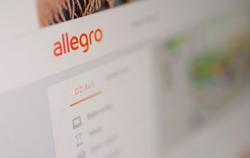 FILE PHOTO: The logo of Amazon is pictured inside the company's office in Bengaluru, India, April 20, 2018. REUTERS/Abhishek N. Chinnappa

WARSAW (Reuters) - Online shopping platform Amazon is preparing to set up a Polish based website so local shoppers will no longer have to order via its German site, it said on Wednesday, sending shares in top local rival Allegro down by over 7%.

Amazon has been present in Poland since 2014 with nine logistics centres but customers have had to order via its international websites, adding to costs. Local media have reported for months that the group was preparing to launch a local online shopping platform.

"Amazon has been supporting Polish customers for many years and helping to sell products of Polish entrepreneurs in our European stores. The next stage is the introduction of a full retail offer for consumers in Poland and it is now time to take this step," Alex Ootes, vice president for EU Expansion at Amazon, said in a statement.

Amazon's expansion increases competition for Polish Allegro, which is the dominant e-commerce platform in the country.

"Allegro will be forced to offer a wider range of free delivery options, which will increase logistics costs," mBank analyst Pawel Szpigiel said in a note.

Allegro made its debut on the Warsaw Stock Exchange in October with one of the biggest initial public offerings in Europe in 2020.