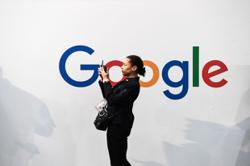 Gab got 600,000 new users in the early hours of Monday alone after Parler was taken off the Internet by Amazon Web Services. — AFP

Big tech’s decision to ban the Parler app and block outgoing US President Donald Trump is stoking support for alternative social networking sites and apps that bill themselves as promoting free speech and privacy.

Facebook Inc and Twitter Inc took the strongest action yet to address accusations that their platforms are being used to stoke conspiracy theories, misinformation and incite violence after a mob at a Trump rally broke into the US Capitol last week. Right-wing users have felt maligned and moved to alternative sites like Parler, backed by Rebekah Mercer, the daughter of hedge fund investor Robert Mercer. A rush to the site late last year made Parler the top downloaded app following President-elect Joe Biden’s victory.

Trump, who was banned permanently from Twitter, said he may build his own social platform. “We will not be SILENCED,” he said in a Twitter post from the official presidential account that has since been removed.

With Parler out of the game, here’s where users are going instead:

Gab chief executive officer Andrew Torba said the social network got 600,000 new users in the early hours of Monday alone after Parler was taken off the Internet by Amazon Web Services. As of April 2020, the site had 1.16 million registered accounts and 3.7 million unique monthly users.

In addition to the social network, Gab also has a “Dissenter” web browser that blocks ads, a merchandise shop that sells t-shirts that say “Deleting Silicon Valley” and a subscription Gab Pro site.

Some of Gab’s most popular groups are for Trump supporters, QAnon and ‘Stop the Steal’, several with more than 100,000 members. Gab has been funded by its founders, users, premium subscriptions and crowdfunding. Torba owns most of the company and controls 80% of voting shares.

Channels bearing the names of Trump and his son Donald Trump Jr have hundreds of thousands of followers on encrypted messaging app Telegram. The company, founded by Russian-born entrepreneur Pavel Durov, raised US$1.7bil (RM6.90bil) in 2018 to make its own crypto currency, a project that was ultimately abandoned after running afoul of regulators. Vedomosti newspaper reported that billionaire Roman Abramovich and businessmen David Yakobashvili and Sergei Solonin were among investors. On Sunday, Trump Jr. shared a list of links to other conservative accounts to follow, such as Right Side Broadcasting Network, PragerU and Turning Point USA, as well as groups like a Trump Supporters Channel.

The app, which competes with the likes of Facebook’s WhatsApp and has about 7 million monthly active users in the US, has seen downloads spike to more than 133,000 a day on Sunday up from a usual range of about 34,000 to 60,000, according to data from Apptopia.

Calling itself a “censorship free video platform”, the Canadian YouTube competitor is used by Conservative commentators including: Sean Hannity, the Daily Caller, Dinesh D’Souza, the One America News Network and Steve Bannon. Commentators beneath the site’s top news video on Monday morning, a Fox News interview about the Parler ban with Republican Congressman Devin Nunes, expressed outrage and discussed a coming “civil war”. The site was founded by Chris Pavlovski in 2013 and has 50 million unique users a month.

The social networking site, founded by Mark Weinstein, promotes its privacy credentials and doesn’t support ads. The site has seen more than one million new users sign up in the last 72 hours and is currently adding more than 20,000 members an hour, according to a spokesman. “People are leaving Facebook and Twitter in droves because they are fed up with the relentless privacy violations, surveillance capitalism, targeting, political bias, and newsfeed manipulation by these companies,” spokesman David Westreich said in an email.

MeWe lists Tim Berners-Lee, the British computer scientist and privacy advocate credited with inventing the World Wide Web, as an adviser. Its terms of service say, among other things, that users aren’t allowed to bully, harass, intimidate or harm another user or make posts that incite violence or are hateful or threatening or risk having their accounts suspended or permanently canceled.

Its political pages include groups sympathetic to QAnon, such as the Great Awakening and the Empowered Citizen Institute’s Great Awakening Patriots a group that’s been banned from Twitter. The company ranked fourth on Apple’s App Store two days after the US presidential race was called for Biden. MeWe raised US$5.2mil (RM21.11mil) in 2018 from investors including Lynda Weinman, who sold Lynda.com to LinkedIn in 2015, author Marci Shimoff, Rachel Roy and Chicken Soup For The Soul creator Jack Canfield.

Created by Howly Inc, 2nd1st says it offers uncensored news and tells users on its app “we must not yield to advertisers or cancel culture”. The app costs £9.99 (RM55) for a subscription in the UK. Top posts on the app on Monday included mock-ups of Jesus standing behind President Trump, vague warnings about a revolution or history changing event tied to Trump and scepticism about requirements to wear masks to prevent Covid-19.

None of the companies listed here, aside from MeWe, responded to a request for comment. A representative for 2nd1st couldn’t be found and an email address for Gab’s press office appeared to be faulty. – Bloomberg 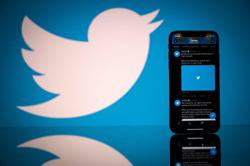