By Tracy Qu and Iris Deng

In China there is a growing audience, and pool of talent, for content that caters for the country’s elderly generation. The number of products aimed at the elderly increased by 78% in 2019 versus 2017 and the number of brands almost doubled. — SCMP

75-year old Sang Xiuzhu applies make-up – such as mascara and lipstick – every day before venturing out. But this is a routine she found only recently.

“I didn’t wear make-up when I was young. I didn’t have the financial resources for that,” said Sang, who has lived in Beijing for almost five decades.

Sang also had to give up her dream of being a performer to become an engineer in the 1960s. “At that time, [my family] wanted me to do something that would help improve the economic base and not the superstructure. So anything related to art was a definite ‘no’,” she said.

But the retiree has now found an outlet for her artistic leanings – a Douyin channel she joined last year called ‘Fashion Grandma’, which features Chinese grandmas that dress gracefully in traditional Chinese outfits such as cheongsams. Douyin is the Chinese version of ByteDance’s global short video hit TikTok, and Fashion Grandma has more than 2.9 million followers in a society where respect for one’s elders is considered a high virtue.

Tech entrepreneurs see the country’s elderly population as a potential gold mine. From 2015 to 2019, the size of China’s silver economy increased from 2.4 trillion yuan (RM1.48 trillion) to 4.3 trillion yuan (RM2.67 trillion), with a compound annual growth rate of 15.2%, according to a recent report from research firm Leadbao. 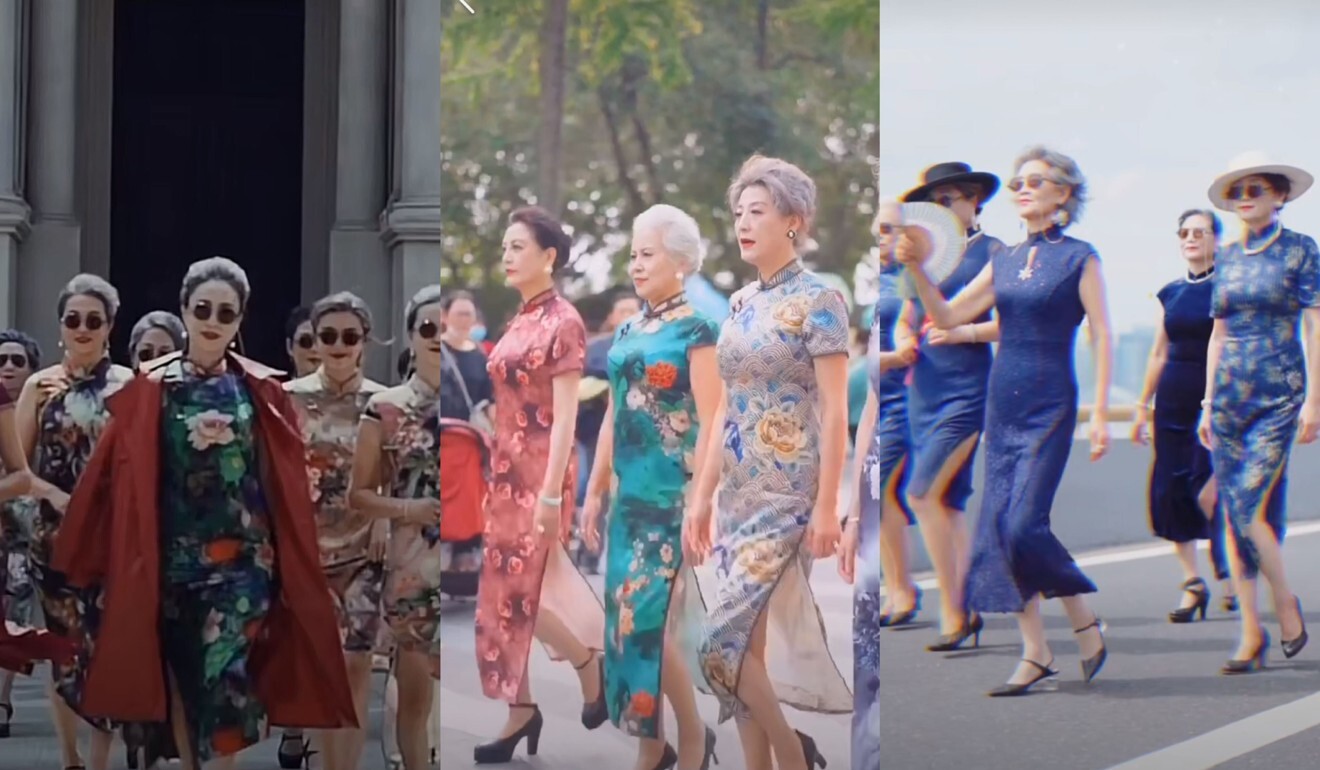 The nation’s senior citizens – defined as those aged 60 and above, the age at which male workers can claim a pension – will rise to 300 million in five years, up from 254 million last year, according to a recent estimate by Civil Affairs Minister Li Jiheng. That means a growing audience, and pool of talent, for content that caters for the interests of this segment of society – even if that means the fan base of elderly influencers is being built by a team of young tech workers behind the scenes.

He Daling, founder of Fashion Grandma and chief executive of Wuxianda MCN (Multi-Channel Network), says that when she founded her agency, the initial focus was on younger influencers. However, they have found that content featuring older men and women is a big draw.

“Many sectors [in the short video market] are quite saturated, but not many agencies have tried elderly influencers. There’s a good opportunity here,” said the 27-year-old, who has a team of around 15 people. She said her agency mainly makes money via advertising and offline commercial events, such as reality TV shows.

“These [elderly] videos are breaking the stereotypes for old people in China, who are often seen as passive and unsophisticated,” said Xiao Lijun, the 32-year-old founder and chief executive of Letuizu, a digital content platform. “These KOLs [key opinion leaders] are showcasing a possibility that they can be beautiful and graceful, in a different way than the young.”

Started initially as a social media service for the elderly, Letuizu moved into short videos in 2018 when apps like Douyin and Tencent Holdings-backed Kuaishou were on the rise.

Xiao recruited five grandads and five grannies from a national fashion show that featured mature models and which was hosted by Letuizu, and started to make fashion and daily life-related videos. The videos garnered more than three million followers on both Douyin and Kuaishou respectively. 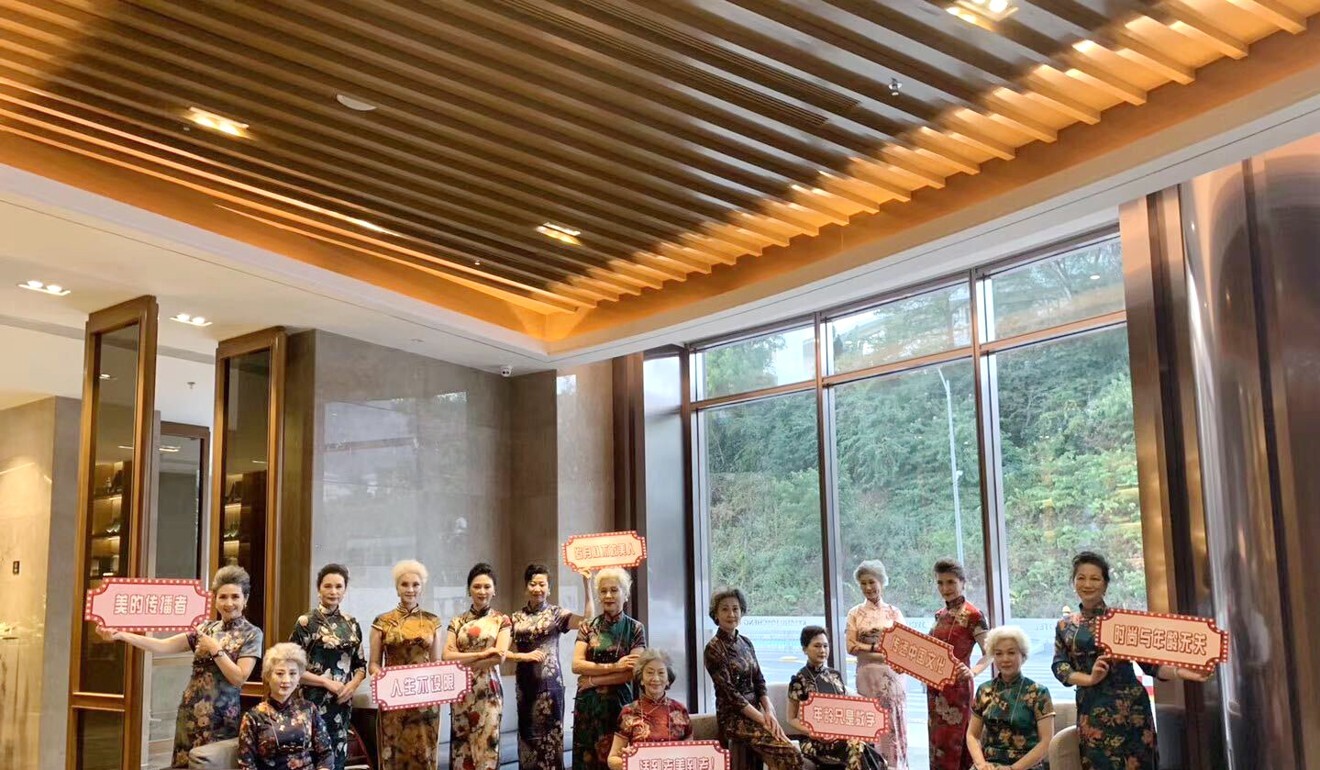 Letuizu also offers modelling, acting and styling training for its KOLs. “They’re very keen to learn about the latest trends that young people are into,” Xiao said. Meanwhile, comments on the videos tend to be very friendly and sympathetic.

“I think granny’s body shape is even better than mine!” one user commented. “They are a group of young girls with dyed grey hair,” said another.

But the relationship between China’s older population and technology is complex. The country has become well-known for its smartphone-savvy pensioners in recent years but as technology permeates almost every aspect of daily life – from shopping to banking and entertainment – the central government has signalled concern that some elderly people could be left behind.

Beijing has recently introduced policies to help older people make better use of smart technology to access medical treatment, recreational activities and public services. This is aimed at building on the work that traditional community centres have done for years in helping the elderly.

The proportion of Internet users aged 50 and above increased from 9.2% in 2015 to 22.8% in June this year, with the Internet further penetrating middle- and old-age groups, according to data from the China Internet Network Information Centre.

There are now more than 100 million over 50s in China using the mobile Internet, spending an average of 136 hours each month on their smart devices, according to a survey by QuestMobile in July.

The number of products aimed at the elderly increased by 78% in 2019 versus 2017 and the number of brands almost doubled – although the average price paid per product by the elderly is lower than the overall level, as they are less sensitive to promotions and still considered “immature e-commerce consumers”, according to a JD.com report.

The growing market has spurred a wide array of Internet services aimed at China’s elderly.

For example, social media app Tangdou has created an online community for China’s “square dance” lovers. Tencent-backed Tangdou had 200 million users in 2019 and features free and paid tutorials with choreography for a variety of dance styles including Chinese folk, jazz, ballroom and even hip-hop.

While watching livestreaming shows, users can buy products via outside e-commerce platforms such as Pinduoduo and send virtual gifts to influencers. The app itself also makes money via advertising.

Zhao Haiguo, founder of Lelingshiguang MCN which operates a Douyin channel with more than two million followers that features a 67-year-old grandma, says that 84% of the channel’s followers are aged between 25 and 40, and are mainly female.

“I think it’s amazing for them to be so beautiful at such an age. Beauty is something that always exists in women,” said Lin Suying, a 25-year-old woman from Zhejiang who watches elderly KOL videos. “I don’t think it is something that should be excluded from the mainstream. I’m curious about how beautiful elderly women can be.”

“The user base of short video platforms is predominantly young at the moment,” said Zhao. “The percentage of people aged 50 and above [watching short videos] will grow bigger when they have more time to spend on video content.”

It is also true that while elderly KOLs are the ones on screen – a lot of the ideas and production values come from younger people behind the camera. Letuizu’s Xiao says the elderly influencers he manages are more comfortable leaving the ideas to the young team.

“We made the decision because we are the ones who know how to make professional videos that can go viral, but we would never ask our grandpas and grannies to do anything tasteless even if we know that would bring more traffic,” Xiao said.

But age – or at least, the effects of ageing – can also be a problem for the industry.

“I’m getting older and have some false teeth now, so I sometimes slur my words... and many activities at Fashion Grandma need speaking skills,” said Sang. “It’s a pity, because what I used to be good at is now a disadvantage. I get a little depressed about it sometimes.”

Although Zhao at Lelingshiguang MCN said elderly people as a group have the most stable and highest income in China – often with a lot of time on their hands – others acknowledge that age can be a problem for performers.

“For these MCNs, the older the influencer is, the more appealing he or she is,” said Zhang Yi, chief executive of consultancy iimedia Research. “But in the meantime, they may have health problems... so it can be very expensive for a MCN to cultivate elderly influencers.” – South China Morning Post