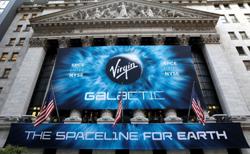 Richard Branson's space tourism company, which is preparing for commercial flights next year, was aiming to send the air-launched Unity spaceplane to an altitude as high as 50 miles to test its cabin experience and boosters in-flight.

The suborbital spaceplane was carried to an altitude of roughly 44,000 feet (13,410 meters) by its twin-fuselage mothership dubbed White Knight 2. It detached from the carrier plane around 9:15 a.m. local time, but a live video stream appeared to show the engines firing only for a brief moment.

"The ignition sequence for the rocket motor did not complete," Virgin Galactic said on Twitter. "Vehicle and crew are in great shape. We have several motors ready at Spaceport America. We will check the vehicle and be back to flight soon."

The flight of Unity was intended to gather crucial test data needed to advance its commercial spaceflight license with the U.S. Federal Aviation Administration before flying customers for the first time next year.

For $250,000 a ticket, passengers who have signed up for the suborbital flight aboard the rocket-powered plane will strap into six custom seats and peer out of the cabin's 12 circular windows as they ascend some 60 miles above Earth.

The company, founded in 2004 by British billionaire Branson, has 600 customers signed up to fly and more than 400 more who have expressed interest, with Branson expected to be aboard one of the first flights. 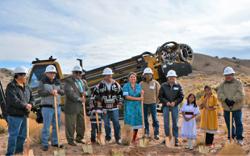