Alibaba runs into Europe’s great wall of culture and competition 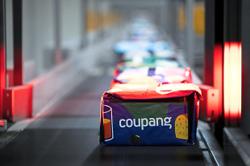 Alibaba wants to leverage its base in China – where three out of five citizens use its service – to make a new push into Europe’s e-commerce, cloud computing and e-payment markets. — Bloomberg

While Alibaba’s Tmall platform in China logged 583,000 orders in one second at its peak on the Hangzhou-based company’s Nov 11 Singles Day, infomercials in France on its platform during the event rarely got more than 1,000 views.

As Asia’s biggest company’s push into European markets takes on greater urgency with Beijing’s crackdown on Internet and fintech giants, it’s learning that what works in China doesn’t always cut it on the continent.

Differences in shopping cultures is just one of the hurdles the company co-founded by billionaire Jack Ma has run into in Europe. A decade after its creation, Alibaba’s international platform, AliExpress, is largely seen as a marketplace for low-end Chinese goods. It has barely made a dent in Amazon.com Inc’s commanding market position, with industry group Ecommerce Europe giving it 2% to 5% of the traffic.

Alibaba wants to leverage its base in China – where three out of five citizens use its service – to make a new push into Europe’s e-commerce, cloud computing and e-payment markets. But chipping into the shares of industry giants like Amazon, Microsoft Corp, Allegro and Alphabet Inc’s Google may prove to be an uphill battle.

"Alibaba is starting from scratch in Europe, which isn’t one market, but 27, with as many consumption cultures and strong local competitors,” said Aurélien Duthoit, sector adviser for retail, technology and household equipment at French consulting firm Euler Hermes. "Amazon has 20 years of experience and data. Just how much effort, money and time Alibaba will throw into Europe remains the question.”

In early October, Alibaba began work on a warehouse at the Liege airport in Belgium, where it has taken 220,000 sq m (2.4 million sq ft) of land. If completed, it may be the continent’s largest warehouse-hub and Alibaba’s gateway to Europe. It is also hiring people across the region, including in places like Chester, an English town known for its medieval centre.

"We are only in the early stages, bringing the platform to vendors here,” said Sebastien Badault, who heads Alibaba in France. "We are building the teams.”

Markets outside China account for not even a tenth of Alibaba’s e-commerce sales, and that’s mostly from its Lazada unit in South-East Asia.

"China may be their biggest, most developed market for e-commerce, but the population is ageing,” said Duthoit. "And with Chinese authorities raising eyebrows, there’s incentive to further develop internationally.”

In Europe, its low-end e-commerce offerings have kept discerning customers away. European brands, which see Alibaba primarily as a portal to sell goods in China, have been less willing to use its platform to sell to customers at home.

At this year’s Singles Day event, brands from France, Germany, the United Kingdom and Italy sold goods in China valued at more than US$3.75bil (RM15.26bil) Alibaba said. Zara, Guerlain, Burberry, Adidas, Nestle and Unilever all have storefronts on the platform. AliExpress, meanwhile, has mostly a few names like Qilive, Today, and Cibox offering goods for European customers.

The scale of Alibaba’s competitive challenge is immense. While it has staff in Europe of about 500, the transport and logistics operations of Amazon’s retail business alone have more than 50,000 employees in the region.

"We don’t compare ourselves to any other company,” Alibaba said in response to questions, adding that its mission is "to make it easy to do business anywhere. We don’t focus on size, but on building long-term value for customers.”

The company initially targeted smaller economies, like the Czech Republic, Macedonia, and the Baltics. Now, it’s turning to larger markets, like Spain, where it gained visibility with ads on national TV. It is also pushing into France, the Netherlands, Portugal, Russia and the United Kingdom.

"Alibaba is in it for the long term and it is growing its presence and market share in a range of smaller tier-2 country markets,” said John Dindsdale, chief analyst at Reno, Nevada-based Synergy Research Group.

At Liege Airport in Belgium, freight volumes soared to 362 million parcels in 2019 after Alibaba began using it for parcels to and from China, from about nine million in 2018.

"Alibaba is clearly driving the growth,” said the airport’s spokesman, Christian Delcourt, who expects over 450 million parcels this year.

For all that, long delivery times and the paucity of local vendors have capped traffic in Europe. Although El Corte Ingles is on the platform, the Spanish retailer has few products on offer. French supermarket chain Auchan’s presence hasn’t made much of a bang.

Even in its cloud-computing business, data-security concerns have left Alibaba with a small footprint. It ranks 19th in the EMEA region for cloud infrastructure, with 0.2% of the market, according to IDC.

Alibaba – with a low-cost model more akin to Ebay – has the potential to grow its e-commerce business in Europe in the post-pandemic world, said Duthoit. It depends on how determined it is to become truly global, he said.

"Their plans remain hard to read,” Duthoit said. "They made big announcements in the US and then it ended up being a damp squib. Will it be the same in Europe? It’s difficult to say.” – Bloomberg 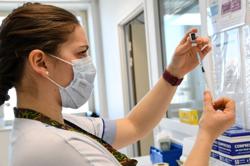