Biden hasn’t talked much about the FCC during the US presidential campaign. — Kevin Dietsch/UPI/Bloomberg

A victory by Joe Biden in the Nov 3 election in the United States could usher in an abrupt change in the nation’s telecommunications policy, restoring so-called net neutrality regulation and shifting the Republican drive to rein in social media outlets, among other things.

Biden hasn’t talked much about the US FCC during the campaign, but his party’s platform is specific. It calls for restoring net neutrality rules put in place under then-President Barack Obama when Biden served as vice president and taking a harder line on telecommunications mergers.

And the Democratic commissioners on the FCC have already objected to the agency’s steps to strip the social media companies of liability protections they have for what users post in response to alleged favouritism by the platforms for liberal points of view.

That last issue will be in the spotlight on Oct 28 when the CEOs of Facebook Inc, Twitter Inc and Alphabet Inc’s Google are to appear before the Senate Commerce Committee that is considering changes to Section 230 of the Communications Decency Act that shields their platforms from liability.

Current FCC Chairman Ajit Pai, who was appointed to the post by President Donald Trump, has taken up a Trump administration demand for a tougher social media policy. Earlier in his term he reversed Democratic policies on net neutrality and waved through T-Mobile US Inc’s bid to buy Sprint Corp.

If Biden wins, the FCC, which currently is at full five-member strength, could begin the new presidential term with a 2-to-1 Democratic majority, allowing it to move quickly. A Republican commissioner is leaving at the end of the current Congress and chairmen traditionally depart as a new administration arrives.

Pai hasn’t indicated what he’ll do. He can stay on as a commissioner but a new president could strip him of the chairmanship and its power to control what policies advance to a vote. An FCC spokeswoman declined to comment when asked about Pai’s plans.

If Pai stays after a Biden win, "he’s denuded of power to do much of anything except to block things,” said Andrew Jay Schwartzman, a Washington telecommunications lawyer.

The dynamic means that initiatives left incomplete by Pai – for instance the social-media rulemaking – could be targeted for elimination by Democrats.

Companies "must brace for impacts from the 2020 election,” Bloomberg Intelligence analyst Matthew Schettenhelm said in a Sept 30 note.

Both the Democratic commissioners – and an outgoing Republican – have criticised efforts by Pai and the Trump administration to weaken Section 230 legal protections.

Ultimately, changes to the law may require an act of Congress. But the FCC’s general counsel recently said he believes Pai has authority to alter the agency’s interpretation of the measure and Pai – at the urging of Trump – says he will.

"There is a very broad political constituency on both the right and left that want to change it,” Blair Levin, a Washington-based analyst for New Street Research said in an interview. "It’s a clear and easy target.”

There is disagreement about the changes that are needed, however. Democrats want the social media companies to do more to control disinformation and Republicans say with little evidence the sites unfairly suppress conservative views.

Restoring net neutrality rules that were eliminated by Pai in 2017 has become a popular cause on the left. The rules written by Democrats in 2015 barred broadband providers such as AT&T Inc and Comcast Corp from unfairly using their management of data traffic to favour their own content over rivals’ fare. But a Democratic-majority FCC would likely stop short of dictating prices charged by broadband companies.

Another top Democratic priority is closing the digital divide that, according to the party platform, leaves more than 20 million Americans without high-speed Internet access.

The problem is a centrepiece for two possible contenders to be named by a President Biden to lead the agency. Mignon Clyburn, a former FCC commissioner, has called for larger subsidies to expand broadband access. And Rosenworcel, the FCC commissioner, advocates steps to ensure Internet access for all. Lobbyists and analysts cited both as possible choices to lead the agency.

Clyburn is considered to have an edge if she wants to return to the agency where she spent nine years including time as interim chairman: she is the daughter of House Majority Whip James Clyburn, whose support helped Biden win the Democratic primary in Clyburn’s South Carolina and set the former vice president on his path to the nomination.

On Capitol Hill, Representative Clyburn has called for investing US$80bil (RM333.20bil) over five years to expand broadband access. Mignon Clyburn has backed a call to boost the current federal broadband subsidy to US$50 (RM208) a month, from less than US$10 (RM41.65). Since leaving the agency in 2018, she has formed a consultancy and joined the boards of TV and film company Lions Gate Entertainment Corp and waste manager Charah Solutions Inc, according to data compiled by Bloomberg. When reached by telephone Oct 16 she declined to comment.

Deals to combine wireless companies would face tougher scrutiny than they have under Republican leadership. Pai’s FCC cleared T-Mobile US Inc to buy Sprint Corp over Democratic objections.

"It’s going to be a new day,” said Gigi Sohn, a former Democratic FCC aide. "I wouldn’t take any merger for granted.”

The T-Mobile deal, which was finalised in April, reduced the number of US national mobile providers from four to three. Democrats may seek to bolster competition by finding ways to strengthen wireless offerings by Dish Network Corp and cable providers, Gallant said.

The FCC may move to bar broadband providers from exempting their own entertainment or media offerings from data caps. Pai squelched an agency move toward doing so soon after taking office in 2016. Such rules would give Netflix Inc and Dish’s streaming service a clearer path to consumers, since viewers wouldn’t risk extra fees by loading up on those companies’ videos.

The Supreme Court is to consider letting the FCC ease some rules that limit radio and TV station ownership. A ruling may be handed down by June, and could let the rule changes go ahead. A Democratic FCC wouldn’t be likely to pursue further changes aggressively.

Democrats like Republicans will work to allocate more frequencies for use by fast 5G signals, said Gallant and Schettenhelm. – Bloomberg 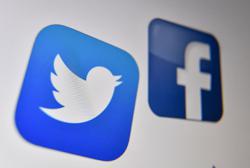