A US$23mil (RM95,42mil) programme offering a digital health ID to every citizen could bolster India’s economic growth amid the coronavirus pandemic, according to the head of the country’s health authority.

The National Digital Health Mission, which aims to create a repository of doctors and health facilities across India – in addition to digitising citizens’ health records – will lead to cost savings and better economic outcomes, Indu Bhushan, chief executive officer of the National Health Authority, said in an interview.

Analysis of Big Data on health “will lead to better planning, budgeting and implementation for states and health programs, which should be a big cost optimiser”, said Bhushan, who compared the gains produced by the “new digital highway” to those from building physical infrastructure such as roads.

India is Asia’s third-largest economy but its total spending on health care is only about 3.5% of gross domestic product – among the lowest rates in the world, according to World Bank data. Efforts to contain the world’s second-highest tally of Covid-19 infections are straining government coffers, while the economy heads for its first full-year contraction in four decades.

Implementation of the digital health plan will boost productivity and lead to an additional benefit of as much as US$250bil (RM1.03 trillion) to India’s GDP over the next 10 years, according to a recent report by the Federation of Indian Chambers of Commerce and Industry and Boston Consulting Group.

About 600 million Indians are pushed into poverty every year because of health expenses, 60% of which are borne out-of-pocket. This places “substantial constraints on individual welfare and the nation’s economic growth”, said Bhushan, a bureaucrat turned economist who had stints at the World Bank and the Asian Development Bank.

He expects that number to decline with the implementation of digital services, which can help in early diagnosis of conditions and weeding out of unqualified health-care workers.

India’s government is among the world’s most aggressive in digitising the identities of its citizens, hoping to reduce crippling inefficiencies and pave the way for future digital innovation. But privacy advocates have warned of the dangers of potential leaks of sensitive information, and linking and uploading health records in particular comes with significant risks.

The programme, announced by Prime Minister Narendra Modi in August, is voluntary and for now being tested in six federally administered regions. However, with only about half of India’s 1.3 billion population on the Internet and users often encountering poor connectivity, a nationwide rollout could be challenging. Internet or computers would be a luxury in many rural health centers that lack electricity, running water and toilets.

Aware of such impediments, the government is designing off-line systems to reach out to the unconnected and “digitally illiterate” in remote areas, Bhushan said. On concerns about privacy and state surveillance, Bhushan said data would be securely stored in the government community cloud, “with strong checks and balances to prevent any misuse”.

The digitisation push builds on Modi’s national health insurance programme, launched in 2018 to give basic coverage for the first time to 500 million of India’s poorest citizens. But the pandemic has exposed the nation’s creaky health infrastructure.

The outbreak makes it “all the more important to have digital systems in place to augment and improve health care”, Bhushan said. “There could have been invaluable implications for identifying hot spots, tracing, treatment, identifying pre-existing conditions and risks, and research that could have fundamentally impacted our response to the pandemic.” – Bloomberg 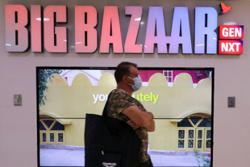