A Waymo Chrysler Pacifica Hybrid self-driving vehicle approaches during a demonstration in Chandler, Arizona. Beginning Oct 8, any existing Waymo One customer can hail a driverless minivan from a fleet of more than 300. — Reuters

Waymo said Oct 8 that it is opening its fully driverless ride-hailing service in suburban Phoenix to the public.

Alphabet Inc’s self-driving car unit began ferrying a select group of a few hundred customers, known as “early riders” in vehicles without safety drivers in the summer of 2019. After receiving feedback from those riders, who were bound by non-disclosure agreements not to discuss their experiences publicly, the company is making driverless rides in its Chrysler Pacifica minivans available to all users in the Phoenix area.

“It’s a really, really big deal, we think, for us, and for the world,” said Waymo chief executive officer John Krafcik in a conference call with reporters on Wednesday.

It’s been five years since Waymo provided the first-ever passenger trip in a driverless vehicle on a public road. The process of scaling the technology, Krafcik said, has been arduous. “It took us two years to get three cars up and running at the same time in fully driverless mode on the streets of Phoenix,” said Krafcik. “It took another year to get a hundred cars.”

Despite the plodding pace, Waymo remains the acknowledged industry leader and is the first company to offer paid trips in cars with empty front seats. Earlier this year, Waymo raised more than US$3bil (RM12.45bil) from private equity groups and venture investors, the first time it has taken funds from outside of Alphabet.

In March, in response to the US outbreak of Covid-19, Waymo paused passenger trips in Phoenix except for those without safety drivers. Before the interruption, the company offered rides through its Waymo One app to about 1,500 customers in a roughly 100-square-mile area southeast of Phoenix that includes Chandler, Gilbert, Mesa and Tempe. At the time, according to Krafcik, 5% to 10% of more than 1,000 weekly trips were fully driverless.

Beginning Oct 8, any existing Waymo One customer can hail a driverless minivan from a fleet of more than 300. The vehicles will be operating in a smaller, roughly 50-square-mile service area. Passengers are free to invite friends and family and to share their experiences on social media. Waymo plans to open the service to new customers within a few weeks. “At that point, we’ll have general access to anyone who chooses to download the app,” Krafcik said.

Waymo plans to reintroduce safety drivers for some rides as it expands its Phoenix service area but is not allowing passengers in vehicles with safety drivers until it finishes installing barriers between the front and back rows. “For the next several weeks, perhaps a month or more, every ride, 100% of our rides with Waymo One, will be fully driverless,” said Krafcik.

He declined to say when Waymo planned to introduce robo-taxis in other cities, but did hint at where it might go next: “We’d love the opportunity to bring the Waymo One driver to our home state of California.” – Bloomberg 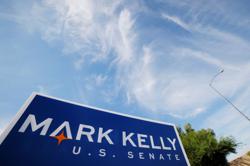