On Sept 28, the judge will consider if Epic is likely to succeed on the merits of its antitrust claims and whether the company will suffer irreparable harm if she doesn’t issue an injunction. — Reuters

The legal fight between Apple Inc and Epic Games Inc kicks into full gear on Sept 28 with decisions that will influence the future of app stores in the US and how the world’s largest technology platforms make money from developers.

Most legal experts expect the judge to extend her temporary injunction for Unreal Engine, but not reinstate Fortnite in the Apple App Store.

“Epic faces an uphill battle,” said Mark Lemley, a professor at Stanford Law School. “Apple’s pricing policies are problematic, and antitrust law should probably do something about it. But courts are very reluctant to dictate who a company, even a monopolist, has to do business with.”

The decisions will have far-reaching consequences especially as authorities across the globe examine whether tech giants including Apple and Alphabet Inc’s Google have broken antitrust rules. On Sept 28, the judge will consider if Epic is likely to succeed on the merits of its antitrust claims and whether the company will suffer irreparable harm if she doesn’t issue an injunction.

At stake is Apple and Google’s ability to charge fees of up to 30% to developers using their app stores. Consumers spent US$50bil (RM208.42bil) worldwide on the App Store and Google Play in the first half of 2020, according to Sensor Tower estimates. That generates billions of dollars in highly profitable revenue for the companies. Some developers deride this an unfair and unwarranted tax. Epic and its founder Tim Sweeney have led the backlash this year.

Google may change its policies if the Fortnite case ends up favouring Apple, said Lewis Ward, an analyst at researcher IDC. No matter the outcome, Epic has gained a lot of goodwill among gamers and other developers.

“In the larger court of public opinion, in the US, my sense is that Epic is generally viewed as the good guy here, and Apple is viewed as the bad guy,” Ward said.

“It has raised the profile of Epic from an already well-respected game company to one that has a philosophy or a vision of where the games industry should go over time,” Ward added. “That vision is one that is more aligned with how the Internet began, which was open and free and cheap.”

The impact on Epic’s business so far has been “fairly negligible”, said Doug Clinton, co-founder at Loup ventures – tens of millions of dollars in lost revenue. While players can no longer download Fortnite on their Apple devices, many of them have simply shifted their playing to consoles and PCs. Fortnite climbed SuperData’s rankings of top-grossing titles among console games in August, reaching third place. It ranked sixth in July, before the legal spat between Epic and Apple began.

Financially, Apple doesn’t have much to lose by kicking Fortnite out. The company has taken in about US$350mil (RM1.45bil) in revenue from Fortnite since the game launched on the iPhone in 2018, according to Sensor Tower data. Apple pulled in sales of more than US$250bil (RM1.04 trillion) in its latest fiscal year.

If the court forces Apple to keep distributing Unreal Engine, that could be positive for the iPhone maker. The decision would let other games that use the tools continue distributing their software via Apple’s platform, resulting in a 30% cut for each sale or in-app purchase. However, Apple argues that the continued distribution of Unreal Engine by what it considers to be a rogue developer could harm consumer security.

There are broader risks for Apple from the case, though. If Epic continues to paint Apple as the bad guy to younger iPhone and iPad owners who play Fortnite, that could twist the perception of these users toward Apple as a whole. If Epic wins key decisions, that would make it more difficult for Apple to impose its App Store payment system on other developers, curbing a high-margin source of revenue.

The lawsuit might also spur Apple to continue tweaking its store. While the company isn’t budging on its 30% cut, it has loosened some restrictions recently, letting a small handful of apps avoid the fee. – Bloomberg 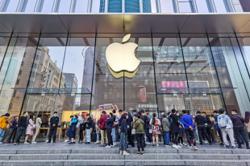 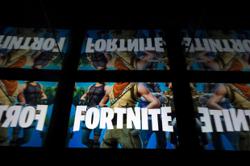