Tan in his statement said neither SEA Gamer Mall nor the two executives possessed the expertise or tools necessary for computer intrusions and hacking. — AZMAN GHANI/The Star

PETALING JAYA: Berjaya Corp Bhd founder Tan Sri Vincent Tan has clarified that his company has no interest in SEA Gamer Mall, a Perak-based company where two of its executives are currently facing extradition proceedings to the United States over cybercrime and money laundering allegations.

“I wish to clarify that the Berjaya Corporation Berhad Group of Companies has no interest whatsoever in SEAGM. My shareholding in SEAGM is entirely my personal investment which I may choose to divest when the time is right,” Tan said in a media statement.

Tan’s statement came following media reports linking Berjaya, and his daughters, to SEA Gamer Mall. He explained that both Nerine Tan and Chryseis Tan were non-executive directors who are no longer part of the company.

“At all times, my daughters had no involvement whatsoever in the running of the company. They were just my nominees on the board of SEAGM. Both Nerine and Chryseis have in fact already resigned before this incident,” Tan added.

They were alleged to have been involved with five other Chinese nationals who were part of a hacking group known as APT41.

Tan in his statement said neither SEA Gamer Mall nor the two executives possessed the expertise or tools necessary for computer intrusions and hacking.

“The two SEAGM executives maintain their innocence and have appointed Malaysian legal counsel to represent them,” he said.

Tan, who has been a passive investor of SEA Gamer Mall for the past 13 years, added that the management of the company has stepped up security measures to protect all customers’ personal data.

“I have been assured by the management that SEAGM will extend their full cooperation to the authorities and will continue with their mission to offer the safest and most secure services to all their millions of customers around the world,” he said. 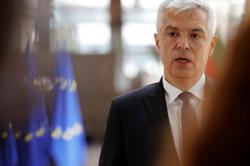