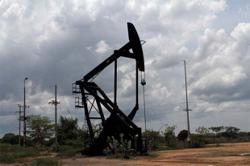 US President Donald Trump’s moves to prevent some of China’s biggest companies from accessing the private data of Americans are part of a broader effort to create "clean networks” the Communist Party can’t touch. — Reuters

TikTok, WeChat and Huawei Technologies Co are just the beginning. What comes next has the potential to reshape the global economy for decades to come.

US President Donald Trump’s moves to prevent some of China’s biggest companies from accessing the private data of Americans – restrictions set to take effect this month – are part of a broader effort to create "clean networks” the Communist Party can’t touch. That initiative, involving everything from 5G networks to cloud services to undersea cables, is already impacting corporate deal-making and geopolitics, with both countries and companies pressured to pick sides.

While the actions are intensifying in the middle of an election campaign, the question of what US data can be accessed by Chinese companies – if any – cuts across partisan lines. Trump and his rival, Democrat Joe Biden, are both trying to appeal to voters frustrated by the Covid-19 pandemic as the "tough on China” candidate.

The markets are waking up to the long-term risk. A report that China is planning to overhaul its domestic computer chip industry helped trigger a stock rout last week that shaved about US$100bil (RM417bil) off a key semiconductor index. Under discussion now in the United States is whether to restrict Chinese access to data on everything from smart refrigerators to exercise monitors, moves that business leaders from Silicon Valley to Shenzhen worry could lead to a decoupling of the entire global economy.

"All of this is fundamentally an attack on the Internet itself,” said Andrew Sullivan, president of the Internet Society, which advocates for open networks across the world. "This is an attempt to destroy the entire economy that has grown up around networked applications.”

Chinese tech billionaire Jack Ma has called data more important than oil in driving the 21st century economy. And the battle for control over it threatens to split the world into competing camps, particularly as artificial intelligence and the "Internet of Things” means products from toasters to yoga pants are transmitting data.

US officials say they have thought through the broad consequences of how big an impact a real "clean networks” policy would have. And while their approach was initially scoffed at, it has won converts.

The United Kingdom, Australia and Japan have already followed the United States in banning Huawei from 5G networks. India has prohibited more than 100 Chinese apps including the video-sharing platform TikTok, and also joined an initiative with Japan and Australia to cooperate on supply chains – a move seen as reducing economic reliance on Beijing.

The Internet is now "a new field for geopolitical competition,” said Geoffrey Gertz, a fellow at the Brookings Institution policy group in Washington, DC. "I don’t see these tensions dissipating. This is something we have to live with and manage for a long time.”

The US-led "Clean Network” already lists nearly 30 companies from more than a dozen countries. So far it applies strictly to US diplomatic facilities, which are required to have "an end-to-end communication path that does not use any transmission, control, computing, or storage equipment from untrusted IT vendors” like those from China.

Whether feasible or not, Trump also has floated the idea of "decoupling” the US economy from China while shutting out companies from accessing US technologies and equipment. Semiconductor Manufacturing International Corp, China’s top chipmaker, saw its shares plunge 23% on Sept 7 after a report the Trump administration may blacklist the company over ties to the military – connections it denied.

"We’re going to end our reliance on China,” Trump said on Sept 7.

While China could withstand breaking off economic ties with the United States alone, it would take a much bigger hit if American allies also cut off Beijing. That scenario could bring down China’s potential growth to 1.6%, Bloomberg Economics said in a report this month, noting that China has more to lose given its need for modern technology.

To be sure, decoupling is still far off. The "phase-one” trade deal is still holding up, American multinationals increased investment in China last year and US capital continues to pour into China’s stocks and bonds. Approximately 230 Chinese companies with a market capitalization of around US$1.8 trillion (RM7.5 trillion) were listed on the Nasdaq and New York Stock Exchange, according to a July tally by the Peterson Institute for International Economics.

But the United States moves threaten both data on apps and the hard infrastructure that moves it around the world.

Bytedance Inc is involved in talks to sell the US operations of TikTok, while Google and Facebook Inc. dropped plans for an undersea cable between the United States and Hong Kong last month. Chinese tech giant Tencent Holdings Ltd is a key force in the global distribution of games, and its WeChat app is frequently used by American companies such as Walmart Inc and Starbucks Corp to market goods and services in the world’s No. 2 economy.

"We’re trying to stay out of geopolitics the best we can,” Michael Beckerman, head of US policy for TikTok, said in an interview on Sept 8 on Bloomberg TV. "But certainly the macroeconomic and macro-political climate is a challenging one at the moment.”

In many ways, Trump is drawing on President Xi Jinping’s play book. He was an early proponent of cyber-sovereignty, although China’s view has changed as its tech champions emerged as strong global contenders.

Trump is "trying to out-China China,” said Fiona Alexander, who worked as a US official on Internet policy across four presidential administrations, and is currently a distinguished policy strategist at American University in Washington, DC.

Within the Trump administration, there’s debate about how far it should push the "Clean Network” idea. It’s unclear how widely the rules will apply to joint ventures. Tencent, for instance, has stakes in US companies from Tesla Inc to Reddit Inc.

The United States moves are less about protecting privacy than addressing perceived security risks. There’s a consensus in the Trump administration that China has taken advantage of the open Internet while walling its citizens off from Western media and social networks, and the United States must prepare for the potential "weaponization” of data.

"There’s an economic versus security balance here that we all have to deal with,” said US Assistant Secretary of State David Stilwell. "We know what they do with information. They target individuals with it, it’s the greatest state security apparatus anybody has ever seen.”

Beijing rejects those charges, with Foreign Ministry spokesman Wang Wenbin saying last month the United States is attacking Chinese companies in order to "maintain its high-tech monopoly.” He brought up US mass surveillance programmes at home and abroad that were exposed by Edward Snowden, a former National Security Agency contractor now wanted in the United States.

On Sept 8, Chinese Foreign Minister Wang Yi appeared to counter US accusations on TikTok and WeChat by proposing global rules on data security that would prohibit governments from accessing data acquired by companies’ overseas operations. He called the US moves "blatant acts of bullying.”

China has plenty of countries that will continue to do business with it, particularly those that access cheap loans to build digital infrastructure. Huawei offers governments a cheaper way to bring faster downloading speeds to the masses, and smaller economies must take precautions against spying from both China and the United States.

"Even if you keep whacking on the kneecaps of China, killing Huawei today, killing Tencent tomorrow, killing TikTok, it will not change the overall trend of China’s steady economic development,” said Gao Zhikai, a former Chinese diplomat and translator for late Chinese leader Deng Xiaoping.

One big problem in resolving tensions is trust: Secretary of State Michael Pompeo said last month the United States must "challenge everything that they say,” and China itself has done little to alleviate those fears. Its national security law on Hong Kong targeted pro-democracy advocates and prompted Facebook, Google and Twitter Inc to suspend processing data requests from the government, which could eventually see them booted from the financial hub.

"There’s a shift from the weaponization of supply chains toward the weaponization of data and platforms,” said Alex Capri, a research fellow at the Hinrich Foundation who has written extensively on US-China tech relations. "There hasn’t been much medium-to-long-term thinking about it yet – but that’s starting to happen.” – Bloomberg 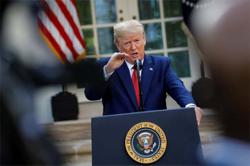