Trump’s demand isn’t specifically authorised in the law that governs US reviews of foreign acquisitions of American companies, according to lawyers who specialise in such investigations. — AFP

US President Donald Trump insists that any sale of the TikTok video app include a cut for the federal government, yet that demand has baffled policy experts and lawyers who say such a payment would stretch his authority under US law.

The fee has emerged as an unusual sideshow in the administration’s effort to pressure China’s ByteDance Ltd to sell TikTok’s US operations to an American owner over national security concerns. Since calling for the sale last month, Trump has repeatedly said he would like the US to be "well compensated” from the transaction.

But the law that grants the US the authority to force the sale of a foreign-owned business on national security grounds doesn’t provide the power to require the kind of payment Trump seeks. That has left administration officials searching for a mechanism under the order the president issued demanding that ByteDance divest.

"You don’t get a finder’s fee in the government,” Lewis said. "Can you pay the government for performing this kind of service? It’s just not something that’s ever been done.”

Trump’s demand isn’t specifically authorised in the law that governs US reviews of foreign acquisitions of American companies, according to lawyers who specialise in such investigations.

Still, it’s possible the administration could impose conditions on the sale that would require a payment to the government, they said, either as compensation for harm to national security or for monitoring of the company, said lawyers who asked not to be named because the review is ongoing.

While foreign investors must pay filing fees when they seek approval to buy an American business, those are capped at US$300,000 (RM1.24mil). That doesn’t appear to be in the range of what Trump wants, considering any price tag for a sale is likely to be in the billions.

Another possibility for payment is that the companies reimburse the government for monitoring compliance with whatever terms are imposed on the sale, which would be determined by the Committee on Foreign Investment in the US. That panel, known as Cfius, looks at the national security implications of foreign investments in domestic companies.

Ensuring TikTok’s US business is completely separated from the rest of the company, for example, could involve a lengthy transition period requiring government oversight.

But if Trump were to try to force TikTok’s buyer to pay an additional fee, it could be easily challenged in court, said Geoffrey Gertz, a fellow at the Brookings Institution in Washington who studies trade and foreign investment.

"There are political ways out of this,” he added. "One could be to frame the Cfius filing fees as being the payment that Trump demanded.”

It’s conceivable that Microsoft Corp or Oracle Corp, which have presented bids, could voluntarily cut a check to the US Treasury to close the sale. ByteDance could also pay, but that’s considered highly unlikely since the US forced it to sell TikTok in the first place.

Trump’s demand for payment shows he has a "fundamental misunderstanding” of the role of government, according to Alex Harman, the competition policy advocate at the watchdog group Public Citizen.

"It’s unprecedented to even suggest there would be a commission to the government,” Harman said. "He’s not brokering a deal. He’s mandating it.”

Microsoft declined to comment. Oracle and Tiktok didn’t respond to requests for comment. The White House didn’t immediately respond to a message left asking for comment.

Trump on Tuesday reiterated his insistence that the US must be "well compensated”, without explaining his reasoning. His pronouncement came just days after China placed restrictions on the export of technology used by TikTok, effectively asserting authority over any sale.

On Thursday, China again emphasised its right to approve or block the sale of technology abroad, diminishing the likelihood that a sale would happen as tensions escalate with the Americans over trade and other issues.

Trump has been demanding money for a sale since he first announced plans to ban the app in early August.

"I said a very substantial portion of that price is going to have to come into the Treasury of the United States because we’re making it possible for this deal to happen,” Trump said on Aug 3. He referred to what is called "key money”, a real-estate term that describes the payment a prospective apartment tenant pays a landlord or building manager – sometimes under the table – to secure a desired lease.

Microsoft committed in a blog post last month to "providing proper economic benefits to the United States, including the United States Treasury”. But that language referred to ordinary tax revenue and job creation, Bloomberg has reported.

The US’s deadline for a TikTok sale has been confusing, making matters even more complicated. In an Aug 6 executive order, Trump threatened to ban TikTok in 45 days, which presumably would give ByteDance until Sept 20 to divest. Then on Aug 14, he ordered ByteDance to divest within 90 days, which would extend the time period until after the Nov 3 US elections, or about Nov 12.

But this week Trump said, "I told them they have until Sept 15 to make a deal – after that we close it up in this country.”

It isn’t clear whether Trump meant there must be an agreement between ByteDance and the buyer by the 15th or whether he wants the sale completed by then.

Part of the confusion stems from the fact that there is a debate within the administration itself over the scope and effective date of the ban, which also extends to WeChat, the social media app of China’s Tencent Holdings Ltd.

The US Commerce Department, which will implement the bans, is drafting documents to clarify the specific transactions that will be prohibited between the Chinese companies and US businesses, and when those prohibitions would take effect, Bloomberg has reported. The decisions will be made public in the Federal Register around Sept 20. – Bloomberg 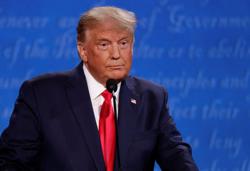 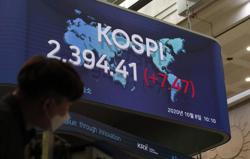 Asian markets mostly up but held back by stimulus uncertainty 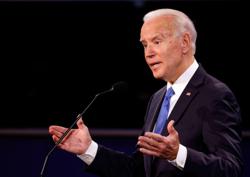