SAN FRANCISCO: Facebook Inc’s final policy changes in the lead-up to US elections in November are unlikely to stem a flood of disinformation around the vote, which could suppress turnout and sow confusion about results, election experts said on Sept 4.

Restrictions on paid messaging were a net positive, experts said, but warned such moves did little to address the biggest threat: the organic spread of falsehoods. Some said the new rules may even make it harder for campaigns and election officials to counteract bogus claims in crunch time.

Chief executive Mark Zuckerberg announced on Thursday that Facebook would stop accepting new political ads in the week before the US elections on Nov 3, and pointed to a series of new tools such as labels for posts claiming victory before the results are official or delegitimising the outcome.

The company billed the announcement as its final plan for reducing the risks of misinformation and election interference.

Banning new ads suggests Facebook executives realised they would not have time to identify and act on content that violates their rules in the last days before the vote, said Vanita Gupta, CEO of the Leadership Conference on Civil and Human Rights.

The limits are “an acknowledgement of the fact that they don’t always move quickly enough” to catch viral problems, said Gupta, who has advised Facebook on election preparations along with other civil society leaders.

“Let’s just look at their track record,” he said. “What makes us think that Facebook’s going to be on top of this in front of one of the most hotly contested elections in recent memory?”

Researchers had higher praise for the company’s moves to elevate authoritative sources of information through its Voting Information Center and notifications that would appear at the top of users’ news feeds.

The tools will point users to live election results data provided by Reuters and the National Election Pool, Facebook said.

But some election officials voiced frustration that political advertising restrictions would also be applied to them, especially in the critical final week.

In Connecticut, a tropical storm knocked out power and cable for much of the state days before the primary this year, prompting new emergency guidance on how to vote, said Gabe Rosenberg, the secretary of state's communications director.

“I can’t pre-do an ad about an emergency,” Rosenberg said. “And I can’t understand what they’re trying to prevent. We’re not doing advocacy – it’s just how you vote, from the most trusted source of that information.”

They are also pressing the company on whether it would tell users that results from Reuters were “official”, even though counting ballots can often take weeks.

A Facebook spokesman told Reuters the ban would apply to all political ads, including those from election officials.

Others questioned why Facebook would allow advertisers to resume placing ads the day after the election, given the concerns Zuckerberg articulated about confusion likely to follow if results are not immediately clear.

Facebook confirmed that was its current plan, but a spokesman said the company would have “more details to share” on specific day-after scenarios closer to the election.

Gupta said Facebook was still working out how it would handle that period, even though Zuckerberg wrote that the changes announced Thursday were the final word.

“This is not the total universe, as I understand it, of what they will do post-Nov 3,” she said. – Reuters 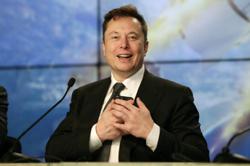