By Naomi Tajitsu and Makiko Yamazaki

TOKYO: At a factory south of Japan’s Toyota City, robots have started sharing the work of quality-control inspectors, as the pandemic accelerates a shift from Toyota’s vaunted “go and see” system which helped revolutionise mass production in the 20th century.

Inside the auto-parts plant of Musashi Seimitsu Industry Co Ltd, a robotic arm picks up and spins a bevel gear, scanning its teeth against a light in search of surface flaws. The inspection takes about two seconds – similar to that of highly trained employees who check around 1,000 units per shift.

“Inspecting 1,000 of the exact same thing day-in day-out requires a lot of skill and expertise, but it’s not very creative,” chief executive Hiroshi Otsuka told Reuters. “We’d like to release workers from those tasks.”

Global manufacturers have long used robots in production while leaving the knotty work of spotting flaws mainly to humans. But social distancing measures to prevent the spread of Covid-19 have prompted a rethink of the factory floor.

That has spurred the increased use of robots and other technology for quality control, including remote monitoring which was already being adopted before the pandemic.

In Japan, such approaches represent an acute departure from the “genchi genbutsu”, go-and-see methodology developed as part of the Toyota Production System and embraced by Japanese manufacturers for decades with almost religious zeal. 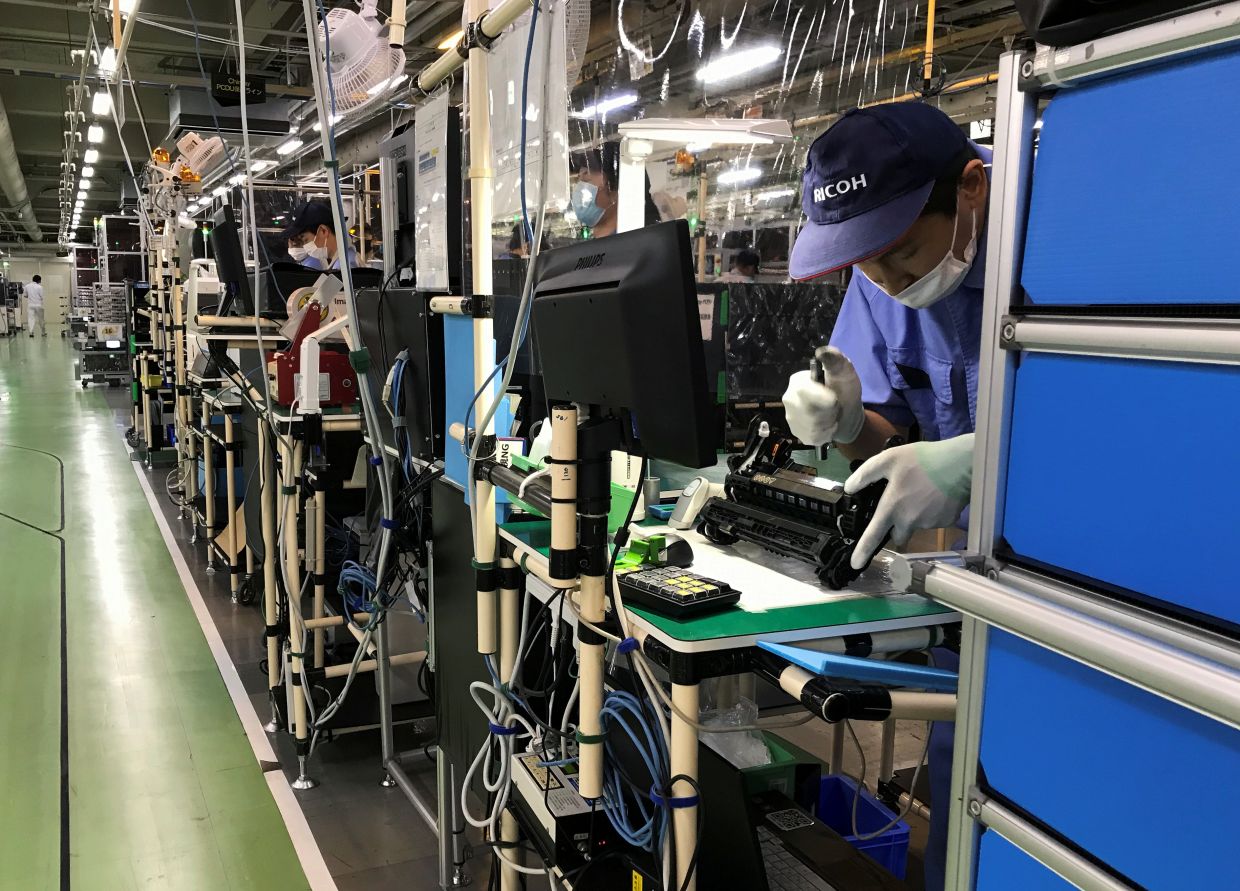 A Ricoh employee checks a drum unit on the production line at the company’s printer components factory in Atsugi, Kanagawa prefecture, Japan. — Reuters

That process tasks workers with constantly monitoring all aspects of the production line to spot irregularities, and has made quality control one of the last human hold-outs in otherwise automated factories.

Yet even at Toyota Motor Corp itself, when asked about automating more genchi genbutsu procedures, a spokesman said: “We are always looking at ways to improve our manufacturing processes, including automating processes where it makes sense to do so.”

Improvements in artificial intelligence (AI) have come in tandem with increasingly affordable equipment but also stricter quality requirements from customers.

“We’re increasingly seeing a gap between the quality of products made on regular production lines and the quality our customers demand,” said Kazutaka Nagaoka, chief manufacturing officer at Japan Display, a supplier to Apple Inc as well as numerous automakers.

“The quality of products made on automated lines is overwhelmingly higher, and more consistent.” 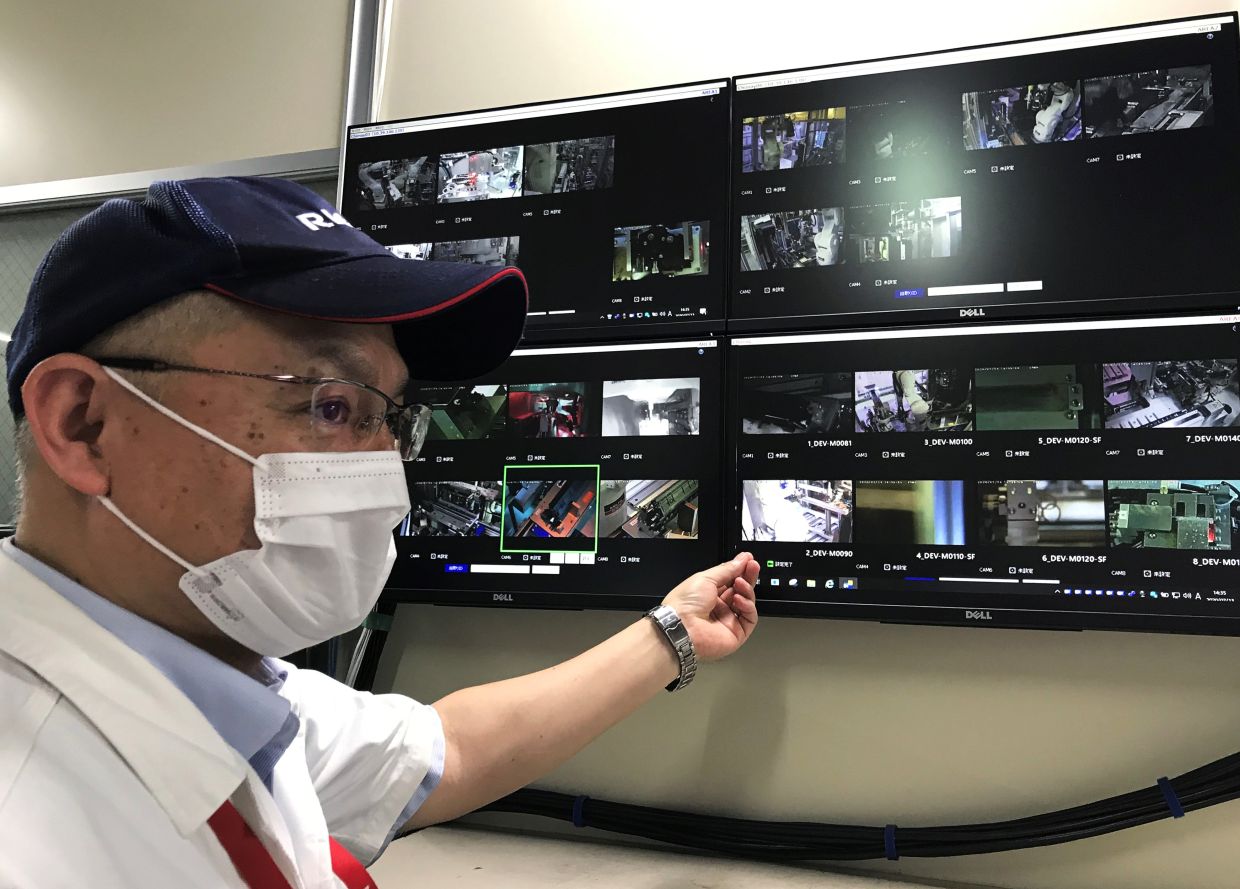 However, automating inspections is challenging, given the need to teach robots to identify tens of thousands of possible defects for a specific product and apply that learning instantly.

Musashi Seimitsu’s low defect rate of one per 50,000 units left the firm without enough defective examples to develop an efficient AI algorithm.

But a solution came from Israeli entrepreneur Ran Poliakine, who applied AI and optics technology he had used in medical diagnostics to the production line.

His idea was to teach the machine to spot the good, rather than the bad, by basing the algorithm on up to 100 perfect or near-perfect units – a modification of the so-called golden sample.

“If you look at human tissue, you are teaching an algorithm what is good and what is not good, and you only have one second to perform the diagnostic,” he said.

Since the breakthrough, Poliakine’s startup SixAI and Musashi Seimitsu have established MusashiAI, a joint venture which develops and hires out quality control robots – a first in the field.

Enquiries from automakers, parts suppliers and other firms in Japan, India, the United States and Europe have quadrupled since March when the novel coronavirus went global, Poliakine said.

“Covid-19 has accelerated the move. Everything is on steroids now, because working from home is showing that remote work can work,” he said.

Earlier this year auto parts maker Marelli, which has operational headquarters in Japan and Italy, also began using AI quality inspection robots at a plant in Japan, and told Reuters last month that it wanted AI to play a bigger role in quality inspections in the coming years.

Printer maker Ricoh Co Ltd, plans to automate all of the production processes for drum units and toner cartridges at one of its Japan plants by March 2023. Robots perform most of the processes already, and since April, technicians have been monitoring equipment on the factory floor from home.

“Of course, you need to be on site to assess and execute solutions when issues come up, but identifying and confirming are tasks we can now do from home,” said Kazuhiro Kanno, general manager at Ricoh’s printer manufacturing unit.

Musashi Seimitsu will not say when it envisions its factory floors to be fully automated, but Otsuka said AI stands to complement, not threaten, the go-and-see system.

“AI doesn’t ask ‘Why? Why?’ but humans do. We’re hoping to free them up to ask why and how defects occur,” he said. “This will enable more people to look for ways to constantly improve production, which is the purpose of ‘genchi genbutsu’.” – Reuters