ALMOLOYA DE JUAREZ, Mexico: Prison inmates in Mexico have suffered from coronavirus infections at a higher rate than the country as a whole, and pandemic lockdowns have reduced their already limited contact with the outside world.

But one group of women inmates at a prison west of Mexico City have managed to benefit, as the lockdown spurred a wave of professionals with time on their hands to donate online classes.

With schools closed, Mexico as a whole is still struggling with learning-at-a-distance; the government decided to hold televised classes this year because not enough students had a computer and an internet connection.

But the women prisoners at the Santiaguito prison have found online learning has opened a new world to them; chefs, writers and other professionals who once might have had a hard time physically visiting the prison, with its complex security filters, now are increasingly giving online classes to inmates. The prison is located in Almoloya de Juárez, near a separate maximum-security men’s facility where drug lord Joaquin “El Chapo” Guzman escaped through a tunnel in 2015.

Tatiana Ortiz Monasterio, founded the non-profit group “Plan B” two years ago to bring a sewing workshop, a library and classes to inmates. But that first effort mainly resulted in a project to cut children’s party decorations out of craft foam.

But with children’s parties discouraged during the pandemic – and inmates finding they were out of sync with the outside world upon release – the project had to go to the next level. Fortunately, during the pandemic, a lot of busy professionals found themselves with time on their hands and a desire to help out – especially if that meant not having to travel or get into a high-risk area like a prison.

“The pandemic really helped us out, because it was a moment in which we could carry out this really big and distant idea we had,” said Ortiz Monasterio. “We somehow managed to get an Internet room put in the prison, not just with a screen with Internet, but a live connection.”

“We invite a writer, an actor, a chef, someone who can leave them something beautiful in the mind and in their heart, so they can be better people,” she said, noting “it goes to help reinforce or establish, more appropriately, the kind of education they may never have had.”

The Plan B foundation had the idea to launch a web page with the slogan “Donate an hour”, which has already received about 10,000 responses with proposals for classes.

They come not just from big-name chefs, businesswomen, motivational speakers and coaches. The website aims to sign up gardeners, carpenters and clothing makers.

Mexico’s state and federal prisons, which hold about 220,000 inmates, had seen 2,139 confirmed coronavirus cases as of mid-August – an infection rate roughly three times higher than the general population – and about 190 deaths, about twice the confirmed national average.

Prisons have also restricted visits to inmates, in a bid to reduce the risk of coronavirus infections, leaving inmates with more time on their hands. Silvia López Herrera, 58, hasn’t seen her family since the pandemic began.

“It’s better that they don’t come,” she said. “It is better for us, for our health, that is why my family hasn’t come to see me.”

The pandemic could have been the worst of times for the female inmates.

“With the pandemic, the economy is tough, and for me being able to learn something every day in these workshops is really helpful,” said López Herrera, who is halfway through a 24-year prison sentence. She is one of about 350 inmates at the Santiaguito prison.

About 10,000 prison inmates in Mexico are women, and women have been among the biggest donors to Plan B so far.

“There is a kind of female solidarity that has formed, a tremendous show of women’s solidarity and support,” said Ortiz Monasterio. “You read the emails and the videos that are sent in, and it is beautiful.”

“For me, they are sensational,” López Herrera said of the online classes. “First of all, because so many people are remembering us, those of us in prison, and that makes me feel like I’m not alone.”

“I learn about literature, I learned how to write a poem, which meant I learned how to express my emotions,” she said. “I see these classes are encouraging you to form a life plan... It makes you persevere, lose your fear.”

Manuel Palma Rangel, the assistant head of prisons for Mexico State, said the programme, known as “Prison Academic Videos”, is an example to follow and should be extended to all of the state’s 22 prisons. – AP 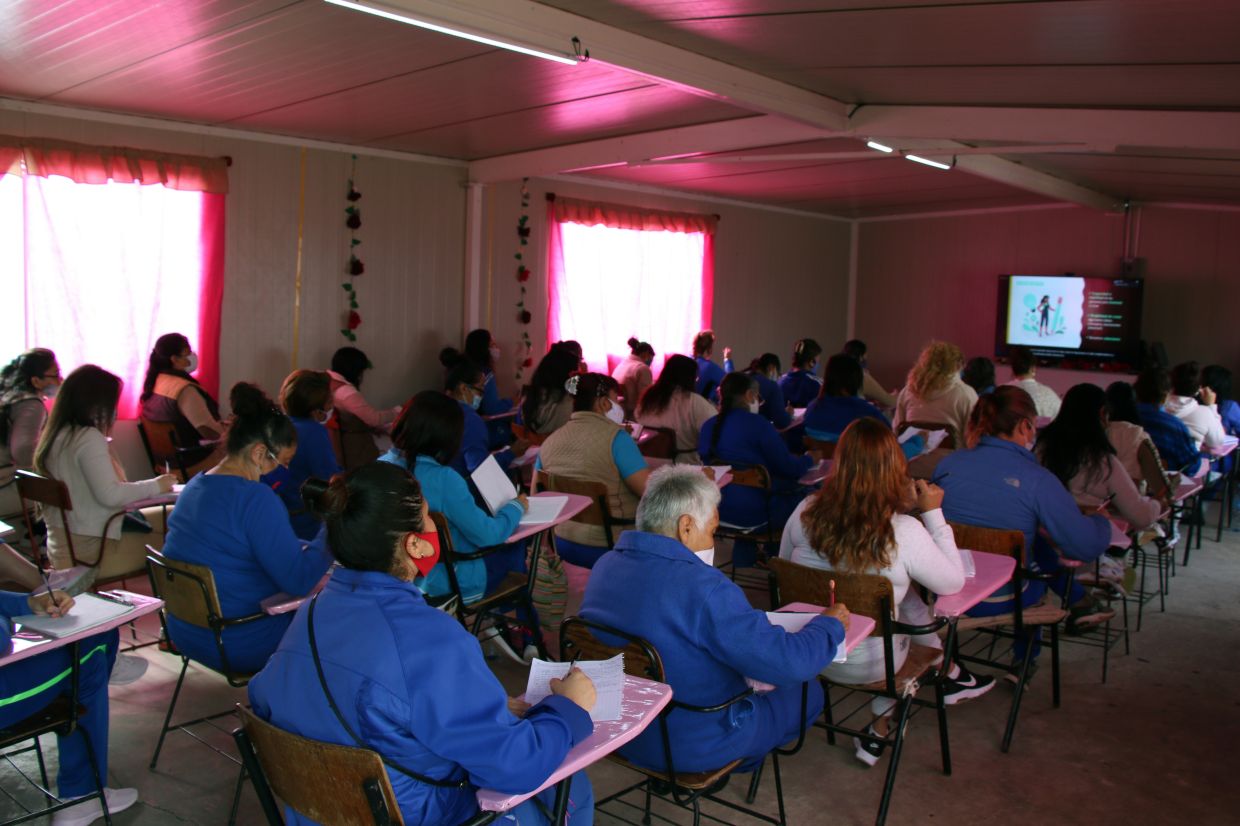 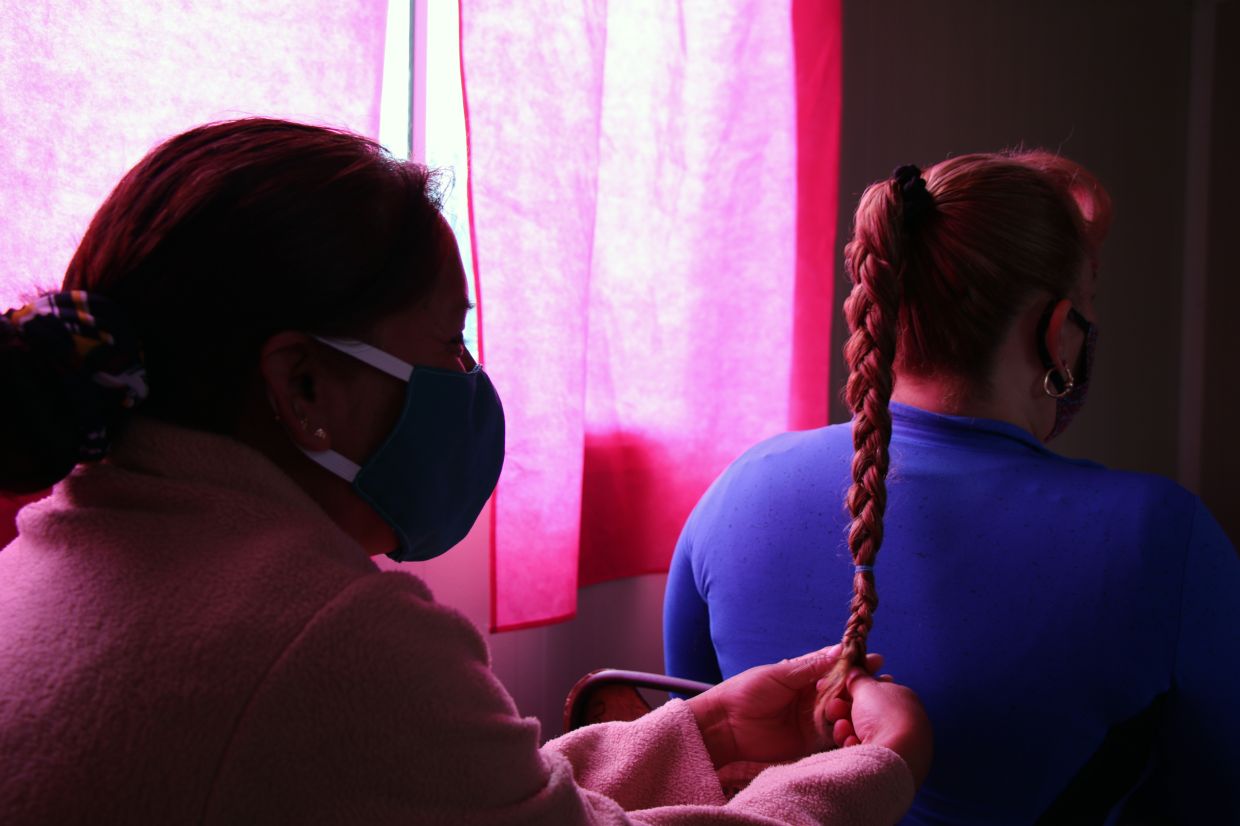 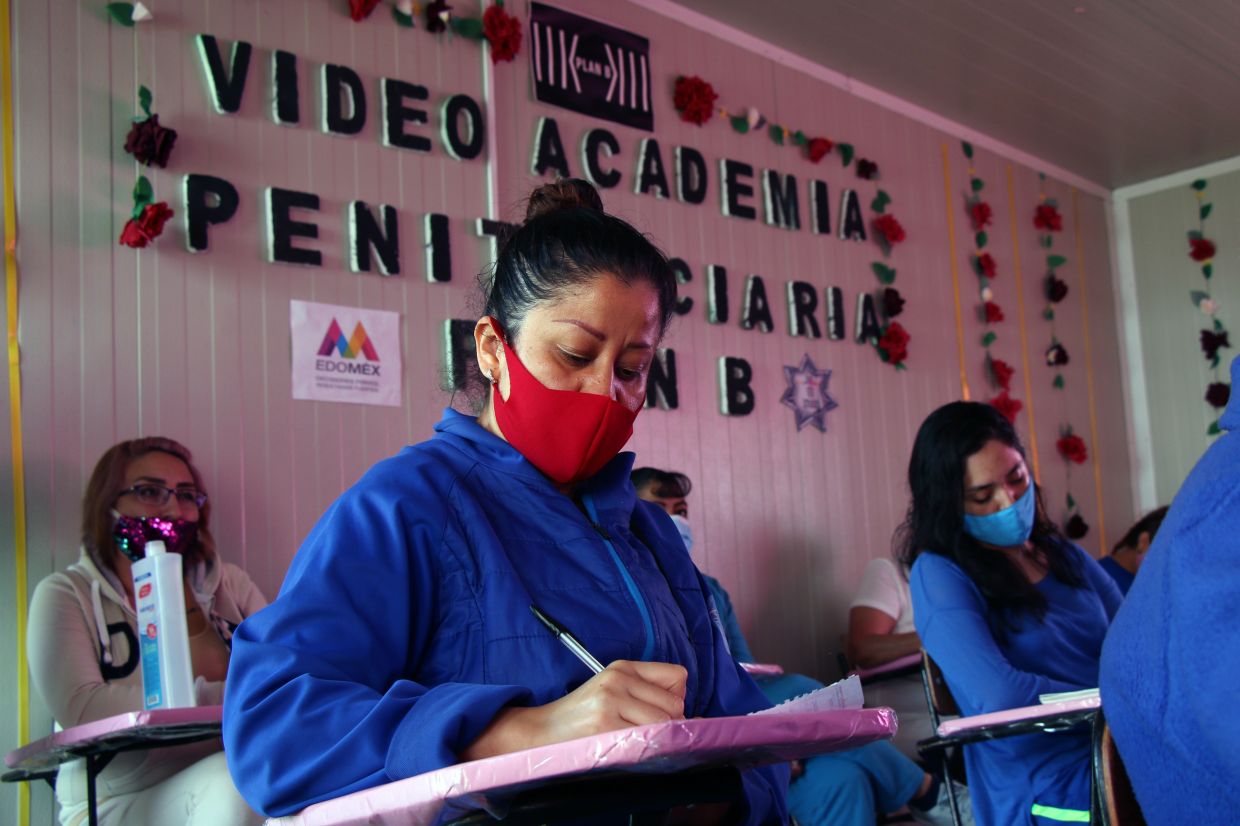 A guard patrols on a watch tower at the Santiaguito women’s prison in Almoloya de Juarez, Mexico, amid the new coronavirus pandemic. The prison is located near a separate maximum-security men’s facility where drug lord Joaquin ‘El Chapo’ Guzman escaped through a tunnel in 2015. — AP

A female inmate braids the hair of a fellow prisoner while attending an online course on writing at the Santiaguito prison in Almoloya de Juarez, Mexico, amid the new coronavirus pandemic. — AP

Free unlimited storage no more: What to do about the thousands of photos you have Premium
Uber urges Hong Kong government to rethink clampdown, claiming livelihoods of 14,000 drivers at risk
Opinion: Threat of the digital giants and their unfettered trade monopolies
Google’s Messages app rolls out global support for successor to SMS
Contact lenses worthy of James Bond to zoom and film in a blink of an eye
Will remote working be the new norm in tomorrow’s world?
Facebook’s AI mistakenly bans ads for struggling businesses
HTTPS only: Firefox now blocks websites without encrypted connections
PlayStation 5 giveaways: Real deal, phishing or data scam?
For Big Tech, Biden brings a new era but no ease in scrutiny