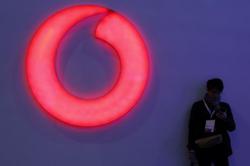 Sharon Oldehoff said she’s still haunted by the “horrific” phone call she received two weeks ago from a man who said he had kidnapped her adult son.

What the Lighthouse Point, South Florida resident didn’t know then was that she had been chosen for a depraved ransom scam that targets seniors by mining information that their loved ones willingly post on social media.

The scam has been called Virtual Kidnappings for Ransom, and unlike real abductions, the criminals haven’t actually kidnapped anyone.

Their aim is to persuade targets to pay quick ransoms before they figure out the truth, according to the FBI. As Oldehoff found out, scammers are willing to make shocking, grisly threats to throw their targets off balance emotionally.

Oldehoff, who’s 64 and lives on disability, says she knows not to fall for telephone scams. “I’ve had the IRS scam and the Social Security scam. But I did not know this kind of evil existed out there,” she said.

When Oldehoff answered her phone in the afternoon on Aug 6, the caller told her he was a police officer and asked if she was alone. He said he had some news for her, she said.

After she assured him that she was alone, the caller said he was not a police officer but was a kidnapper who was holding her son Jason for ransom.

Jason was tied up in the room where he was making the call, the man said. “He knew my son’s name and even knew the name of Jason’s girlfriend,” she said.

Somehow despite her panic, Oldehoff came up with the idea to make the “kidnapper” prove he had her son. “I said if he’s there with you, have him tell you the name of the street he grew up on in Coral Springs.”

And that’s when the line went dead.

Lighthouse Point police Commander Jack Vaccaro said that was exactly the kind of question targets of a virtual kidnap scam should ask. “We’re very glad that in this particular case, she was alert enough to ask that critical question,” he said.

A recent FBI news release about the scam advises, “Ask questions only the alleged kidnap victim should know, such as the name of a pet.”

Other measures targets should take while on the phone with the scammer, the FBI said, include contacting the person they said they kidnapped by text, phone or email and ask them to call back from their phone.

Oldehoff said she couldn’t do that because she uses an old-fashioned flip phone.

Try to slow the situation down. Success of the scam depends on speed and fear. Criminals know they must work quickly to extract any kind of ransom before the scheme is revealed as a fraud.

Ask to speak directly to the kidnap victim. Listen carefully to the voice of whoever comes on the phone posing as the victim.

Refuse any suggestion to meet the kidnapper in person. That could be dangerous.

Anyone who gets a phone call asking them to send or wire money should call their local police department, Vaccaro said.

Virtual kidnapping scams have been happening for at least two decades, the FBI reported in a story on its website. Until recently, almost all of the calls originated from inside Mexican prisons and targeted Spanish-speakers from the Los Angeles or Houston areas.

About five years ago, calls started coming in English. And instead of targeting specific individuals, scammers started selecting affluent cities and making cold calls until someone fell for the scheme.

The scam has been evolving. In one version, the caller says a family member caused an auto accident, is injured and won’t be released to the hospital unless someone pays for the damage, according to an advisory from the National Institutes of Health.

And scammers have become more sophisticated in mining social media sites for names of targets’ family members and demanding instantaneous delivery of ransom money through mobile peer-to-peer payment apps like Venmo, the AARP reported in a recent blog post.

The AARP post told the story of two Los Angeles sisters simultaneously targeted by callers who told each that the other had been kidnapped. The calls were convincing because the scammers used “spoofing” technology that displayed each sister’s caller ID, number and photo to the other.

Oldehoff said she decided to speak out in hopes of preventing others from experiencing the nightmare she keeps reliving.

“It’s been two weeks, but I think I have PTSD from it,” she said. “It devastated me.” – South Florida Sun Sentinel/Tribune News Service 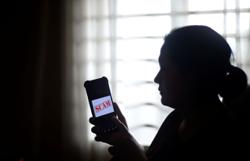