The e-commerce giant, according to the Wall Street Journal, is in talks with mall operator Simon Property Group Inc about setting up fulfillment centres in spaces currently or formerly occupied by J.C. Penney and Sears, – AFP

Amazon.com Inc might soon be filling online orders from the kinds of shopping centres it has helped destroy. The e-commerce giant, according to the Wall Street Journal, is in talks with mall operator Simon Property Group Inc about setting up fulfillment centres in spaces currently or formerly occupied by J.C. Penney and Sears, two once-mighty department stores that have filed for bankruptcy protection.

Although initially it might seem like an unnatural fit for a warehouse to be plugged into a space that was designed for shopping, such an arrangement has the potential to accomplish important goals for Amazon and Simon.

The promise of one-day or even same-day delivery is a core reason to shell out for Amazon’s Prime membership, so it benefits the company to have warehouse facilities close to population centers. Cavernous J.C. Penney and Sears stores certainly fit that bill. Potentially even more important, though, is what’s outside the department stores: giant, convenient parking lots. This setup gives Amazon the option of offering customers curbside pickup of online orders and even returns.

Curbside was already gaining traction before the pandemic, but customer interest appears to have exploded in recent months as shoppers practice social distancing. Target Corp, for example, said two million people tried its drive-up service for the first time in the first quarter. Amazon needs more ways to compete in this model as more consumers embrace it. Whenever the coronavirus recedes, I expect pickup to remain popular, especially in suburbs where people often rely on cars instead of public transit. These are not orders that Amazon should cede competing for, because pickup orders are often more profitable than home delivery ones: There are no last-mile delivery costs.

Simon, meanwhile, could consider other options for filling the holes left (or soon-to-be left) by J.C. Penney and Sears. In recent years, mall operators have often sought to enliven their centres by attracting tenants such as gyms and restaurants, which had the ability to drive foot traffic. The harsh reality of the pandemic, though, is that those businesses now carry health concerns and are not going be the reliable draw that they were even a year ago.

Plus, many department stores pay trifling rents based on their historic role as anchor tenants, meaning they brought traffic to the whole mall. Given the struggles at J.C. Penney and Sears in recent years, I doubt they are doing much these days to bring visitors to Simon properties. A warehouse wouldn’t be a shopper magnet, either, but at least Simon could probably arrange to get more favourable rents than it does from a department store.

In the past, Amazon has made head-scratching forays into traditional malls, such as with its now-shuttered kiosks, which showcased Kindles and other gadgets. Over the years, there has been ample chatter about Amazon potentially finding a new life for old-school retail real estate. Remember the reports that Amazon was looking to buy some RadioShack stores? It’s a good thing that never came together, because it wouldn’t have worked out well for Amazon to be saddled with a bunch of outposts in failing malls that were too tiny to use as fulfillment centres. Analysts have also discussed the idea that Amazon could use former Sears or Kmart stores for its Whole Foods Market chain, something that never made much sense to me given the differing demographic profiles of the customers of those retailers.

Using old department stores as fulfillment centres, though, would finally be an Amazon.com incursion to the mall that actually makes sense.

Sarah Halzack is a Bloomberg Opinion columnist covering the consumer and retail industries. She was previously a national retail reporter for the Washington Post. – Bloomberg 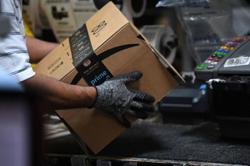 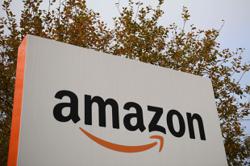 Amazon tries to make the climate its Prime directive 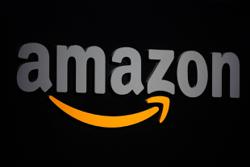