A written proposal published by the performing arts organisation last week called for a stricter content audit of the country’s online livestreaming industry. In June Internet watchdog The Cyberspace Administration of China called out some of the country’s major livestreaming platforms for spreading lowbrow content. — SCMP

More than 40 livestreamers were banned by Chinese regulators for “engaging in illegal or irregular activities” as the country’s authorities step up control of the Internet and the streaming industry, which has boomed amid the coronavirus pandemic.

The online live performance streaming branch of the China Association of Performing Arts has published its sixth livestreamer blacklist as a part of the movement to “clean up the internet and to maintain an orderly and healthy development of the industry”, banning 48 broadcasters from registering or performing livestreams for five years.

The association’s branch, established in 2017 under guidance from the Ministry of Culture, started compiling blacklists in 2018 and has since banned more than 200 livestreamers for alleged wrongdoing.

In a written proposal published by the organisation on its official WeChat account last week, it called for a stricter content audit of the country’s online livestreaming industry and encouraged high-quality and positive content production.

“The live performance streaming branch will deepen the mechanism for ‘blacklists’ of live-streamers, resolutely crack down on illegal livestreaming shows online, and will never tolerate pornography, vulgar content, online gambling, online fraud and other violations of national laws and regulations,” said the organisation in the proposal.

The latest crackdown comes amid Beijing’s ongoing efforts to clean up the country’s cyberspace. Under Chinese President Xi Jinping the ruling Communist Party has tightened its grip on the Internet and censored content deemed unsuitable, including pornography, gambling, fake news and political dissent.

In June Internet watchdog the Cyberspace Administration of China called out some of the country’s major livestreaming platforms, including Bilibili and Tencent-backed Huya and Douyu, for spreading lowbrow content.

Live streaming gained new popularity in China during the coronavirus pandemic, facilitating the shift of education and retail services offline to online. China’s livestreaming market was worth 433.8bil yuan (RM261.23bil) in 2019 and is expected to double in size this year, according to a report issued in February by iiMedia Research. – South China Morning Post 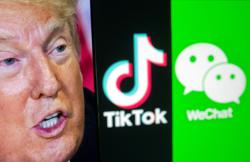 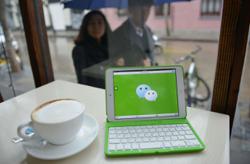