Opinion: Virtual work strengthens the outsiders and the weak

Those who lacked influence in the physical world suddenly can acquire much greater visibility and prominence in the virtual world, all without the approval of traditional gatekeepers. — Pixabay

There's more to the virtual work trend than days full of Zoom calls from a home office. It also means the possibility of new ways of getting work done. In the physical world, work at a company or university exists in a hierarchical structure; in a virtual world, that work can get done in a more decentralised, democratic manner. Those who lacked influence suddenly can acquire much greater visibility and prominence, all without the approval of traditional gatekeepers. This potential for expanded participation from previously excluded voices is an underappreciated disruption that could change the way society operates.

The story of Nathan Tankus, recently written up by Bloomberg Businessweek, is one such example. Despite not even having a bachelor's degree yet, he's become an influential voice on economics and monetary policy, writing in a clear and compelling manner on the subject. We might not give credit to working from home or virtual work for this, but those lines have become blurred in economics and finance. Long gone are the days where traders had to be on the floor of the New York Stock Exchange, or where economists and academics had to be in Washington, New York or on a college campus to contribute to the field.

What's notable about Tankus is the progressive angle of his views, which might be related to not having to get past the sentries in academia or Wall Street to make his views heard. He's found an audience on his own, is building a base of subscribers to his newsletter and can expand from there. The more economics, media and financial industries become detached from physical offices, the more opportunities there are for people like Tankus without traditional pedigrees to influence debates from which those like him were once excluded.

Another example is the growing community known as Election Twitter. A generation ago, the political campaign infrastructure and media was concentrated in Washington, with a focus on the national and state parties and their leadership. Increasingly, that's happening in a more decentralised manner and on the Internet, with Election Twitter being an extreme example of how that can play out in practice. Many members of this community are quite young – some are even in their teens – and their hobby is generating colour-coded maps for past elections and scrutinising political polls.

And they may be in the process of going from observing elections to shaping them. Noticing that national trends might mean Alaska races in 2020 could be competitive, but lacking polling for the state, they set out to crowdfund a poll to gauge the state of the race there. They succeeded, and the poll they commissioned showed a close race. With that information now public, campaigns in Alaska can show that poll to their supporters, leading donors to target the race in a way they might not have otherwise. It's another example of people working remotely, coordinating to get things done.

Music is another industry that's been reshaped by virtual work. Last year's viral sensation, Old Town Road by Lil Nas X, was a song that was a product of virtual work. It was a beat that Lil Nas X, living in suburban Atlanta at the time, bought from a producer he didn't know and had never met who lived outside of Amsterdam, turned into a song, and then marketed on social media platforms such as SoundCloud, TikTok and Twitter before he had a record deal or had even performed the song in public.

Taylor Swift's latest album was produced virtually as well. Different parts of the album were created in New York, Los Angeles, Paris and Wisconsin, with nobody meeting face-to-face because of coronavirus travel restrictions. Although the music industry may continue to be anchored in traditional hubs like Los Angeles, New York and Nashville, Tennessee, it's now possible to participate from anywhere with talent and luck.

What ties all of these stories together is the blurring of working virtually and the way content is created and distributed on the Internet. Even before the pandemic led to the closure of offices, people were responding to work calls and emails on their phone, and companies were putting out corporate communications on Facebook and Twitter. Now big companies and their employees are being forced to operate on the same playing field, competing with people who are native to the new virtual world and have already found success working this way. The old hierarchies and the roles of the gatekeepers may never be the same.

Conor Sen is a Bloomberg Opinion columnist. He has been a contributor to the Atlantic and Business Insider. 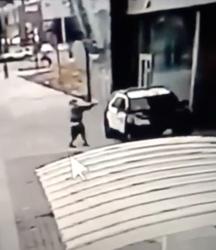