Fintechs face pressure to grow up as coronavirus casts a chill

Monzo has attracted more than four million customers with its bright coral card and spend-tracking data since launching in 2015 but remains loss-making. — Reuters

LONDON/NEW YORK: Aritra Chakravarty, founder of London-based online accounts and investments provider Dozens, admits it’s a tough time to be seeking up to £15mil (RM82.40mil) for a startup.

“It’s definitely a bearish market,” said Chakravarty, who is seeking funding for Project Imagine, the company behind his fintech ventures. He is looking to crowd funding and government-backed Covid-19-support schemes for technology firms to make up for any reticence from venture capital investors.

Data suggest his caution is warranted. Fintechs, which have been one of the hottest draws for venture capitalists in recent years, raised US$6.3bil (RM26,76bil) in the second quarter, down 41% on the year, according to data from analysts at Forrester shared with Reuters.

Investors and entrepreneurs say that while the Covid-19 pandemic has boosted demand for fintechs in areas such as digital payments and online trading, it has hurt more vulnerable sectors such as online lending. This is likely to hasten the demise of weaker players, lead to more acquisitions and entrench the dominance of older fintechs with deeper pockets.

"I think this crisis will engender some consolidation," said Matt Harris, a New York-based partner at Bain Capital Ventures.

"The rich will get richer and buy smaller competitors, and some will go out of business."

Venture capitalists poured US$3.3bil (RM14.02bil) into 'late stage' rounds for established fintechs, accounting for 52% of total funding according to Forrester, the first time more mature firms have outstripped younger ones.

Dozens' Chakravarty, a former HSBC banker, is hopeful the venture can stand out from the pack as Project Imagine is close to turning a profit – as it also sells technology to traditional banks.

The funding his firm needs is "not signed and delivered, but it's possible", he adds.

Signs of stress among even relatively well established fintechs are starting to emerge.

Monzo has attracted more than four million customers with its bright coral card and spend-tracking data since launching in 2015 but remains loss-making. Monzo and UK-based rival Revolut cut more than 140 jobs between them early in the pandemic, after a hit to revenues from lower customer spending abroad.

Monzo declined to comment on its job cuts but in a memo in June said they were necessary as the pandemic had worsened the firm's outlook. Revolut referred to a previous statement which said redundancies had been a "last resort".

It is not clear-cut that a rapid take-up of digital banking due to the Covid crisis will benefit fintechs over traditional banks. Research from analysts at Jefferies showed UK incumbent banks have grown market share in banking apps during the pandemic, at the expense of digital-only challengers.

More fintechs will likely have to stomach a valuation cut like Monzo.

"There'll be a pick your poison moment for a lot of firms," said Peter Wannemacher, author of the Forrester research. "Ultimately if you're literally running out of cash and the options are bankruptcy or a 'down round' you're going to choose a down round."

"What we will likely see is falling valuations, which is a huge opportunity for banks to step in and partner in order to propel themselves ahead," said Nigel Morris, a managing partner of QED Investors and co-founder of Capital One Financial Corp

For some fintechs, the pandemic has provided a welcome boost to business. Digital payment volumes soared globally as lockdowns kept shoppers homebound, while more retail investors took to stock trading on online platforms.

"Fintech is maturing," said Jan Hammer, a partner at London-based Index Ventures, which is an investor in Robinhood and previously backed Dutch payments company Adyen.

"That's why I suspect you are seeing more later stage rounds, as money piles into companies that have been growing over the past decade, now becoming leaders in the category."

Some fintech bosses expressed relief that they managed to secure funding just before the coronavirus pandemic grew more serious.

"The pandemic will definitely discourage people from going for moonshots," he said. "It's part of the natural cycle – you get the silly seasons when there is too much money sloshing around, and now people just want traction and metrics". – Reuters 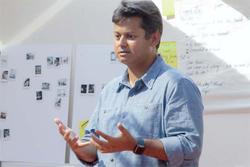 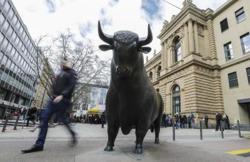