The outage has affected Garmin's call centres, meaning the group is unable to respond to customers' phone calls, emails or online chats. — AFP

Garmin Ltd said client data from the company's smartwatch and GPS services – offline since Thursday – has not been compromised, despite fears of a ransomware attack.

"Garmin has no indication that this outage has affected your data, including activity, payment or other personal information," the company said on its website.

Garmin Connect is a health and fitness tracker.

The group, based in Olathe, Kansas, said it was working to restore the service as quickly as possible.

While Garmin has yet to explain the nature of the outage, specialised sites have speculated that the company fell victim to a so-called ransomware attack, in which hackers block a victim's access to his or her own data unless a ransom is paid.

The company's Garmin Pilot app, used by pilots to plan flights, has also been blocked, as has the flyGarmin aviation database service.

The outage has affected Garmin's call centres, meaning the group is unable to respond to customers' phone calls, emails or online chats.

Website ZDNet reported that after the incident began early Thursday, "several Garmin employees took to social media to share details about the attack, all calling it a ransomware attack".

It added: "ZDNet has interviewed several and confirmed their claims." — AFP 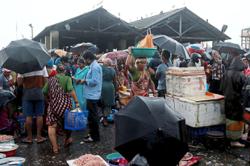 These 'fishwomen' are caught in the pandemic's net