What has been a slow boil of troublesome developments risks cascading into a full-blown public relations crisis for TikTok. — Bloomberg

What was a turbulent enough week for TikTok turned downright bizarre on July 10.

Already, US Secretary of State Mike Pompeo had warned that the Trump administration was looking at banning the short-video platform owned by Beijing-based parent ByteDance Ltd over data-privacy concerns, and US president Donald Trump himself said he was considering banning TikTok as one way to retaliate against China over the coronavirus. Then things got worse when Amazon.com Inc on July 10 sent an email to employees telling them to delete the TikTok app from mobile devices they use to access company email, citing “security risks”.

The bizarre part happened just hours after that, when Amazon issued a statement saying the email it had sent to its employees was “in error” and there was no change in their policies toward TikTok. All clear? Not quite. For soon after Amazon corrected the record on its TikTok policy, Wells Fargo & Co confirmed a report from the Information that the bank had told employees to delete the app from work phones because of “concerns about TikTok’s privacy and security controls and practices”.

For sure, the company dodged a bullet. But it is unknown whether Amazon intends to resend a similar email on TikTok policy in the future; clearly, someone drafted something. And the government threats remain. Not only that: The prospect of a potential ban has brought widespread anxiety to the TikTok community. In recent days, many creators posted tearful “goodbye” videos, with some asking their viewers to follow their accounts on other platforms such as YouTube and Instagram. What has been a slow boil of troublesome developments risks cascading into a full-blown public relations crisis. Whether or not the security concerns are justified or the motivations political, TikTok can and should do a lot more to address them and take more control of the narrative.

TikTok’s responses, thus far, have been low-key. The company has said it keeps its user data in the US with backups in Singapore and has never provided data to the Chinese government. On July 10, in response to the initial Amazon news, it said in a statement that “user security is of the utmost importance” to TikTok, adding it hadn’t heard from Amazon about its concerns and looks forward to a “dialogue so we can address any issues” the tech giant may have.

A more proactive response is in order, and here are some things TikTok can do. First, statements aren’t enough. Where is TikTok’s CEO? Earlier this year, ByteDance hired former Walt Disney Co executive Kevin Mayer to head up TikTok. You’d think the veteran media executive would be the perfect ambassador to help tamp down concerns. He needs to get out there and explain TikTok’s side of the story, whether in interviews to print press or on TV. He should know the basics of crisis management and PR strategy, following his long tenure in the upper ranks of a US entertainment giant.

Second, the Wall Street Journal on Thursday said ByteDance was considering making changes to its corporate structure – including the creation of a new management board for TikTok or designating a new headquarters for the company outside of China. While it won’t make a huge difference as TikTok will be still owned by the China-based ByteDance, both are easy, low-hanging-fruit moves to give the appearance of more autonomy. They should go ahead and announce the changes as soon as possible. It also wouldn’t hurt to remind the public of TikTok’s large and growing US workforce.

And finally, TikTok needs to forcefully defend itself against the Trump administration’s conjecture and allegations. Yes, it’s a bit of a tricky situation as any pushback can backfire if not done tactfully, but the company can’t afford not to respond. Further, it should hire an external, independent consulting firm to do a full security audit. Anything to assuage the security and privacy concerns would help as the pressure isn’t going away. Late Friday, Fox Business’s Charlie Gasparino reported the White House is looking at using the Committee on Foreign Investment review as possible way to ban TikTok by saying its prior acquisition of Musical.ly was illegal. ByteDance has been under review by the interagency committee in the US for its 2017 purchase of the lip-synching startup.

In many ways, TikTok’s situation is similar to the public relations frenzy over Zoom Video Communications Inc in early April. At the time, the video-conferencing company – whose service had seen an unprecedented surge from business customers and other entities looking to connect under lockdown – faced an avalanche of scrutiny over its security and privacy practices, including its use of Chinese servers. In response, CEO Eric Yuan proactively made himself available for numerous media interviews and helped restore his company’s reputation. He conducted weekly webinars, hired security experts and did whatever it took to educate the public that fears concerning his company’s products were overblown and that Zoom had taken concrete steps to address the issues. The strategy appears to have worked, as Zoom has managed to both retain customers and attract more to its platform.

TikTok should take note and do the same. Hunkering down and doing the bare minimum is not a great strategy. – Bloomberg Amazon considers relocating some employees out of Seattle 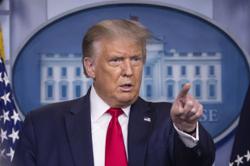 TikTok and its employees prepare to fight Trump over app ban