In the US, TikTok has been downloaded more than 165 million times, according to SensorTower estimates. TikTok has denied allegations that it poses a threat to US national security. — Bloomberg

TikTok played up its US ties and said it doesn’t feed user data to China, pushing back against comments by US Secretary of State Mike Pompeo, who said the government is considering a ban of the short video app.

“TikTok is led by an American CEO, with hundreds of employees and key leaders across safety, security, product, and public policy here in the US,” a company spokesperson said. “We have never provided user data to the Chinese government, nor would we do so if asked.”

Calling attention to India’s recent move to ban almost 60 Chinese apps, including TikTok, Fox News host Laura Ingraham asked Pompeo whether the Trump administration would also consider banning the app in the US. “We’re certainly looking at it,” Pompeo responded.

Pompeo then recommended Americans not download the app unless they want to see their private information fall “in the hands of the Chinese Communist Party”.

Pompeo joins other US government officials, including Senators Marco Rubio and Chuck Schumer, who have called for investigations of TikTok over possible threats to national security. The US government has also launched a national security review of ByteDance’s acquisition of Musical.ly, a startup that later merged with TikTok.

In the US, TikTok has been downloaded more than 165 million times, according to SensorTower estimates. TikTok has denied allegations that it poses a threat to US national security.

In a public show of support for protecting user data from the Chinese government, TikTok said Monday it would cease operations in Hong Kong over a national security law that compels social media apps to hand over user data to Beijing. TikTok operates a separate version of its app in China called Douyin. – Bloomberg

TikTok made stars out of these villagers in India; then it was banned 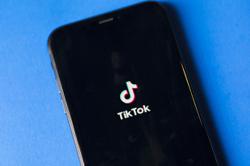 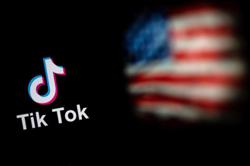 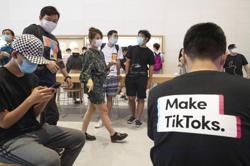